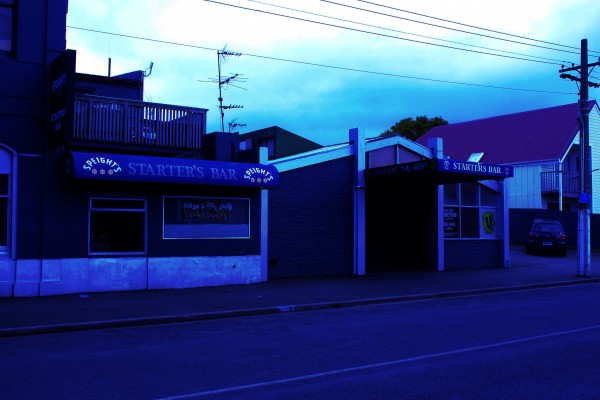 Accusations of homophobic behaviour from members of the crowd have tainted the Queen of Hearts gig, “a queer-friendly event”, which kicked off OUSA’s 2019 Diversity Week.

One male student was removed from the gig after tearing down a pride flag, though OUSA and Starters Bar said that they were removed for being too intoxicated, not for any homophobic actions.

Jason Schroeder of OUSA Events said that when the footage was reviewed, it was clear that “the attendee who pulled down the flag did not do so in an aggressive or malicious manner”.

However, many of the students who were at the gig saw it differently. Critic spoke to almost a dozen attendees and one of the performers, all of who requested to remain anonymous.

One witness said a group of male students were repeatedly attempting to tear down pride flags, shouting, and throwing things at performers and described it as “a really depressing and scary experience”.

Another attendee said they were standing directly in front of the person who tore down the flag, and they believed it was done intentionally.

“My friends and I were face-to-face with him [...] I can assure you I know what malicious intent looks like. He laughed at our faces,” they said.

Both Schroeder and Te Huki said that Starters staff and security had been trained in queer awareness in the lead up to the event.

Te Huki said that two support staff with staff ID were “were present and available should any support have been requested” and that Starters staff were aware of that.

“Throughout the event, there was security who were making rounds, and were quick to address events going on, including people making others uncomfortable. Any troublesome individuals were immediately escorted out of the event, and patrons asked if they were okay.”

One student however, said they felt more needed to be done to ensure a safe space was created.

“In the end, my girlfriend didn’t even feel safe saying a proper goodbye to me in case we looked obviously queer,” she said.

Another student said, “a few friends went home before this because the environment made them feel like shit and I didn't blame them”.

“Thank God I saw Hahna Briggs [OUSA Senior Student Support Advocate] head-bopping behind me which gave me all the strength I needed,” they said.

The attendees Critic spoke to said that they want these queer events to be open to all, so long as people are respectful.

James Heath, OUSA President, says OUSA “openly welcome all feedback on how to improve events like this in the future. OUSA Student Support, our Queer Support Coordinator Kelli-Anne, and myself are available for support, and to raise any and all issues from the event.”

“Queerphobia, or discrimination of any kind, has no place anywhere or anytime. Any instances of this at OUSA events or services are completely unacceptable,” he said.