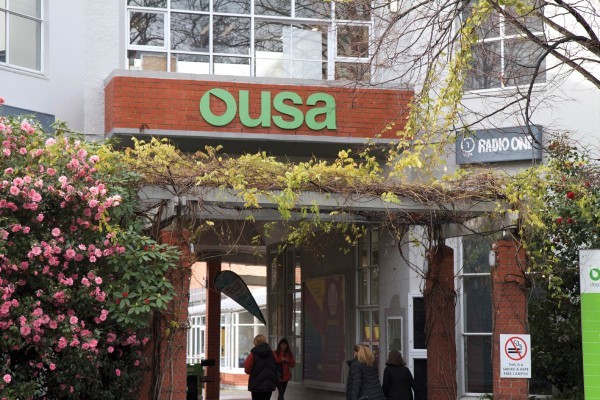 Writing About The Executive Reports So They Stop Asking Us To

If you noticed that we never covered the first quarterly reports of the OUSA Executive back in March, then you are either Will Dreyer or... (no, you’re just Will Dreyer). Now that the second quarterly reports are out, though, Critic can compare what goals and promises they kept first semester, what fell by the wayside, and how much hustling they will have to do to save face for the third quarter.

It’s great to have a president who sets the bar high, but exceeds it every time. Our only (and very genuine) critique is that he has only done 664 out of 2439 dabs he promised to do in Harlene’s office. He thinks that the joke is ‘outdated’. What is the joke, James? A promise is a promise.

Pou openly admitted in his report to not having worked his full twenty hours a week this quarter. But since they changed the payment system to being fortnightly instead of upon the passing of each report, and Pou resigned before the reports were even discussed, there is nothing OUSA can do.

Having goals as the Finance Officer seems easy since OUSA has full-time accountants and it’s not like she has ultimate authority over all of OUSA’s money. I’m assuming since I still get my paycheck every fortnight everything is ok.

Will cares way too hard and does way too much. The Exec absolutely would not have achieved as much as it has without him. Critic would try to list his accomplishments but we’d be here forever.

Kerrin got enough of a roast in last week’s issue. She has promised to step up this quarter or else resign. We’ll be keeping tabs on her progress and keep you in the loop.

Either Georgia got away with murder this last quarter, or her behind-the-scenes work has gone unnoticed by us. From what Critic can tell, all Georgia has done in six months are environment-based initatives, all culminating into a single week campaign that she won’t even be able to lead, because she will be busy campaigning in a by-election. That being said, doing one campaign is a huge fucking improvement from last year’s Campaigns Officer.

Dermot got a lot of attention last week, so we don’t need to repeat the same shit twice. The bar was set veeeery low but he raised it high anyway, despite how difficult it is to engage with the often aloof and alientated postgraduate community.

Josh continues to tick all the boxes required to get paid and maintains a grassroots approach to engaging with the community. Talk about sticking to what you’re good at. Leave the policy shit for the squares.

Jack fell on his sword in the Exec meeting (but just the tip), admitting he had prioritised general executive work over his colleges work. However, there was a consensus that throughout the quarter he had been improving the quality and quantity of his work. He’s got some meaty projects coming up to fight for RA rights, but admitted to his team in person that he was hoping to apply to become an RA for 2020. Is that a conflict of interest?

As an ex-officio member of the Exec, technically the Exec can’t do shit but accept her report, even if it’s bad. Good thing it’s great. Like most positions, she easily doubles her hours in reality. She does admit that she isn’t loyal to her 9am office hour time, but we’ll forgive her. Nobody is perfect.