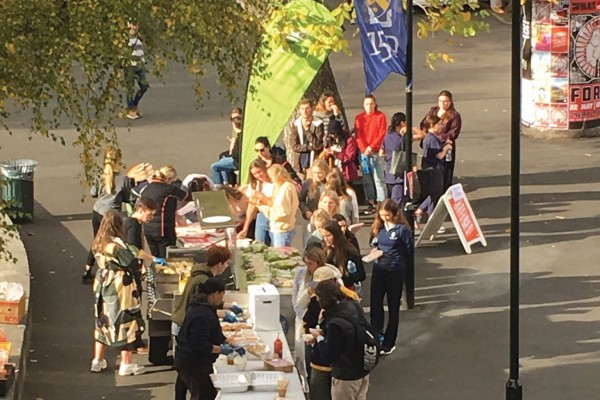 The increase follows four weeks of an OUSA campaign including free snags and dumplings for students who enrol to vote.

The campaign has been apart of OUSA’s plan for student participation in the upcoming Dunedin local elections but, while the dumplings were well done, OUSA is not sitting down to eat just yet.

“We have currently planned for four more BBQs – all finishing just before the deadline for enrolments,” said James Heath, OUSA President. “This marks the end of our enrolment phase though I imagine we’ll see something similar closer to election time.”

James estimated that OUSA has given out at least 10,000 dumplings. “We can attribute at least 1000 enrolments directly to BBQs,” he said. However he was not willing to speculate on the rather stagnant number of students enrolled. “I would suggest waiting until final enrolment numbers before even addressing this. It is far too early to tell what percentage we will be enrolling.”

James also said OUSA have received a positive response from the Electoral Commission, who have staffed the barbecues and provided enrolment packs for on the day sign-ups.

OUSA’s campaign for student involvement in the local body elections will continue with more barbecues, visits to residential halls, door knocking, and competitions to be expected. James said that OUSA are committed to engaging students in local body elections.