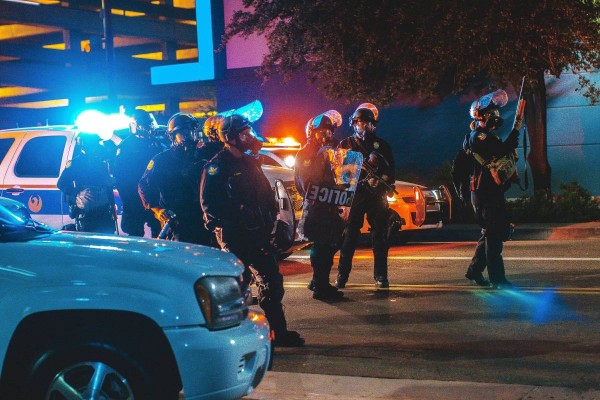 Police officers made up 5% of the entire party

Māori students are calling the police presence at a graduation party “excessive” and “racial profiling” after 7 police and noise control officers turned up to a 30-40 person event.

On Friday 10 May a group of 30 to 40 Māori students gathered at a flat to celebrate graduating from University with friends and family. At 7pm they had their first warning from noise control. Around midnight, two noise control officers returned and brought five police officers with them.

Zaine, one of the attendees, told Critic he had “never seen a force like that come to a party on grad weekend”. He said the officers were “very hostile from the outset,” at one point telling the disgruntled party goers that if they “continued [singing] or resisted” that they would get the Proctor involved and they “would be expelled from Uni”. The Proctor’s office told Critic that they were not notified of the incident.

The police refused to comment to Critic on why five police officers were dispatched to this party. They did not respond when Critic asked if these students were considered a threat. They did not acknowledge that attendees were calling the response excessive and a show of institutional racism. They did not acknowledge that a party goer had called their attitude “hostile”. Instead, a spokesperson informed Critic that the number of attendees at this party was “large” and that officers present “noted that most people at the property were very co-operative and appeared to have no issue with the noise control officer or with Police, other than a select few who were unhappy about the stereo being taken”.

Zaine said in a public post on Facebook that the only difference he could see between the party he went to and other parties across town “is that our party consisted of Māori. Brown-skinned and celebratory Māori.” Between the first and second complaint the stereo had been turned off.

When he questioned an officer why they seized an unused speaker, he claimed she said “to cover our asses”.

The Dunedin City Council, through which noise control complaints are made, said they were “unaware of any such comment being made”. A council spokesperson said that “health and safety procedures requires a second NCO (Noise Complaint Officer) to assist when equipment is removed and Police must also be there when the NCO enters the property”. They also said “no extra Police were requested by us”.

Taylor Terekia, Tumuaki of Te Roopu Māori and party attendee, told Critic that the Police response was “an example of racial profiling and is unacceptable”. She said that these were Māori students who “have aspirations of breaking racial barriers for Māori in some way through their studies” and that “to be confronted with a situation that challenged those aspirations [has] instilled a lot of hurt”.

Taylor also overheard the officer claim that taking an unused speaker was to “cover [their] asses,” and as a result of her own research into the Resource Management Act 1991, believes that “the confiscation of an unused speaker goes against section 328; as it was not the source of excessive noise”.

The Act also mentions that officers present may use force as is reasonably necessary. In her opinion, “five policemen, two security staff and a paddy wagon was both unreasonable and unnecessary. Perhaps it would have been reasonable if there was any sort of violence or risk of harm to anyone there, but in reality it was peaceful singing of waiata from our hapū and iwi across Aotearoa.”

“The group of students who were confronted were made to feel like criminals and racially targeted by the excessive police presence and in the hostile way they were spoken to,” she said.