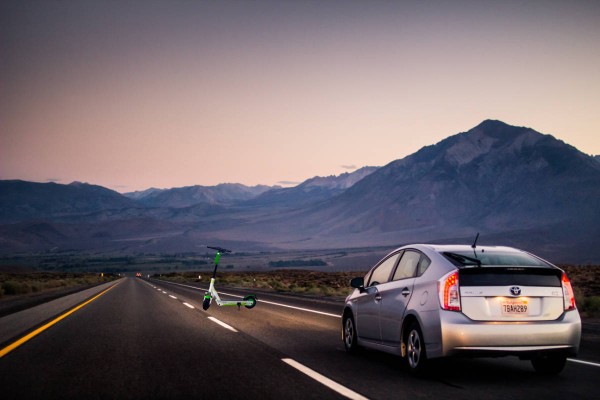 Critic spoke to two students who tried to navigate the Lime claims system and were unhappy with the result.

Sam returned from a night out with mates to find his car damaged in three places. The offending Lime scooter was left at the scene. After completing two separate forms, sending Lime photos of the damages, and a month of waiting, all Sam got was a copy-and-paste apology and a shift of the blame from Lime.

“They said if I went through the police and got a warrant or whatever, [Lime] could give me the name of the rider,” he said. He hasn’t pursued this because he didn’t think the damages were serious enough and would be a waste of police time. “That’s why I went through Lime; I thought they would have stepped up, but they haven't given me any other options except through the courts.”

He also hasn’t pursued the courts route out of empathy for the girl who hit his car. He reckons she was probably a student, probably drunk, and probably didn’t have the money to pay for repairs. “At this point, all I want is an apology from her,” he said.

If you’re reading this and think you’re the one who did it, then Critic offers to facilitate this apology anonymously.

The second student we spoke to wanted to remain anonymous and was also told by Lime to go through the courts for the rider’s details. “Fuck that,” they said. They believe “it’s bullshit” that Lime does not accept any blame for damages done by their riders. He has come up with a proactive solution to get even.

“I’ve been doing burn-outs and grinding down the tires. I’ve been conscious of the technology within them; I don’t want to actually injure students. But the faceplates come off quite easily. The tires are fantastic because they’re soft rubber and easy to mess with. My favourite tactic is to bring a sharpie out at night. Even a little scribble over those QR codes make them useless. The bell is quite easy to steal but most of them have gone already.”

“I’ve considered damaging one beyond repair - you know, like chucking them in the Leith - but I think that’s pushing it. I just want to get retribution.”

The anonymous student estimates they’ve only done about $60 worth of damage so far. They plan on getting even by the end of the semester.

Lime did not respond to our questions.