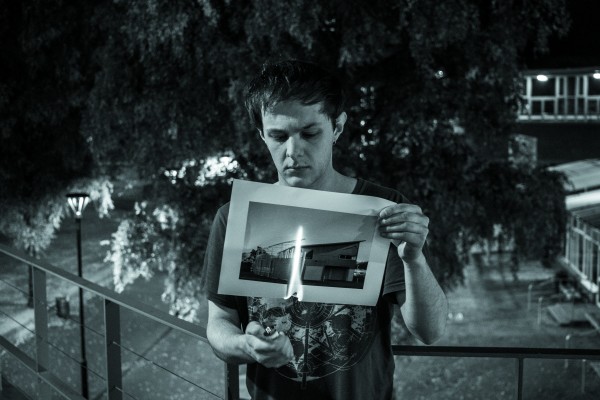 In 1999 the Rowing Club’s shed burnt down. It was a little shack on the waterfront with a single shower and space for a couple of kayaks. Jump forward a few years and OUSA had built a giant $1.39 million Aquatic Centre in its place that was, and is, used by only a handful of students. OUSA still owns it, and every year it costs OUSA $65,000 in maintenance. That’s a lot of your money for something you probably didn’t know existed.

The Aquatic Centre went ahead because the Rowing Club stacked a Student General Meeting and forced OUSA to do it. That’s how OUSA works. If you can get a small vocal group together, you can pretty much get it to do whatever you want.

Which is why it’s kinda weird that no one goes to Student General Meetings. At the start of the last SGM, there were 48 people in the Main Common Room (that weird room opposite the food court where sports is always playing) and the exec had to go into the food court and hustle another 50 into the MCR with the promise of free pizza just to get quorum (the number of people needed to turn up to make the meeting legit). Considering that quorum is only 0.5% of the student body, this is kinda pathetic.

And this SGM was considered a success. They did eventually get quorum, and, despite Critic counting hopefully every few minutes, they managed to hold onto it until the end. Every motion that went to the floor passed, most almost unanimously. I’ve been to a lot of SGMs over the last few years at Critic, and this was one of the better ones.

But when 100 out of 20,000 people turn up, that’s a bad turnout. OUSA is your student association. You, the students, own it. You can make it do whatever you want it to do. It’s also a multi-million dollar organisation; it’s got real power.

At the same time it’s absolutely not your fault for not going. As someone who’s sat through a lot of them, to say SGMs are dry would be like saying the UBar line can sometimes be a bit of a wait. The bad MCR acoustics, the noise from the food court, the endless motions ratifying minor grammatical corrections to the constitution; I care about OUSA politics (urgh, that’s a harrowing thing to say) and even I find them fucking boring.

Also, hot conspiracy theory: the Rowing Club burnt down their own shed to get better facilities. I’ll give a job to anyone who manages to bust open this cold case.