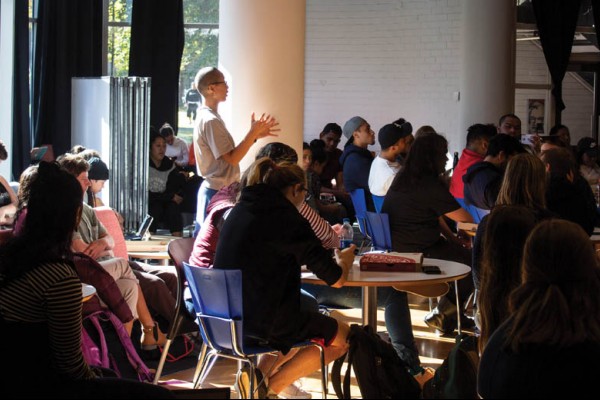 Also, the unexpected tea behind its initial removal

After nearly a decade, Pasifika students will see the return of a representative on the OUSA executive: this time, as an ex-officio position, the same system that Te Roopū Māori, the Māori students’ association, uses.

The motion to restore the position passed almost unanimously at the recent Student General Meeting. Of the 108 students in attendance at the SGM, only one student, Josh Smythe, abstained. Everyone else voted in favour of the motion.

Josh told Critic that this was because he felt if the Pacific Islands Students’ Association wanted to encourage Pacifika representation on and with OUSA, then they should do so by running for one of the other positions on the executive.

The question was initially put to referendum in 2018, passing with 81.5% of the vote. Unfortunately, the tragically-low 730 response rate by students meant that quorum was not reached (not enough people voted), which is why it had to be brought back up at the SGM.

A member of the crowd asked if this would set a precedent for other minorities to seek representation. President of the Pasifika Students' Association, Mary Jane Kivalu responded, saying, “every minority should have an opportunity to have a seat at the table that makes decisions for them, but I am only representing Pacific Islanders.” She later added to Critic that she hopes “the discussion highlighted themes like inclusiveness, rather than just diversity alone”.

In a message to Critic, Mary Jane thanked everyone who came and voted on behalf of the Pasifika student body. She believes that “there's a strong foundation being built here with a common goal that one day, minorities will no longer need specific positions to confidently raise their voice.”

Daniel Stride, who was on the 2010 OUSA exec that originally cut the position, along with many other minority reps, told Critic that the position was only removed in the first place because the then-President Harriet Geoghegan “saw OUSA very much in corporate, efficient terms”.

In an issue of 2010 Critic, Harriet described the reshuffle herself as “efficient”. She explained at the time that “the [former OUSA] structure is trying to be both a governing board and a representative group. As a result … OUSA is not reaching its potential in either area.” At the time, she believed that minority groups would still be taken care of through the welfare committee, as that was “the way to get welfare issues acted on”.

Critic was unsuccessful in reaching out to Harriet for a fresher comment, but probably because she’s moved on from OUSA and doesn’t need to give a fuck about this anymore. Can’t relate.

After conducting a review of the exec, OUSA determined that the minority rep positions should be abolished, which was held to a referendum that same year. Up until that time, Stride said that constitutional amendments had always been done by SGM, but the thought process was that by emailing it around as a referendum, it would stop “minority groups turning up to save their position”.

Stride added that the exec had passed a motion binding executive members like him to support the removal of the reps, saying “this was basically a loaded gun pointed at my head - disobeying would have meant [he would have lost his position].”