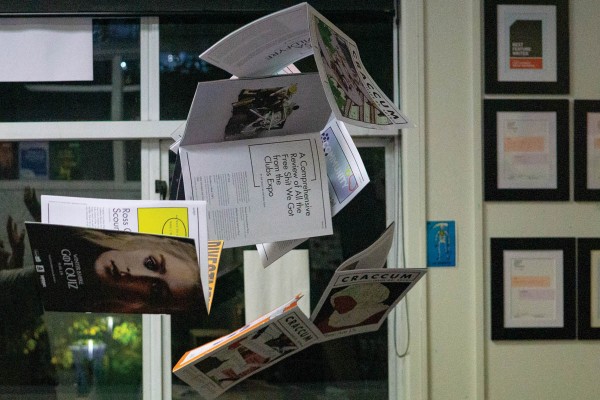 Craccum Magazine to Throw Off the Chains of Democracy

Craccum, the University of Auckland student magazine, has ended the controversial practise of electing its editors, creating new provisions for the editor to be appointed on the basis of merit, like is done at every other student magazine in New Zealand.

Craccum Editor Bailley Devon told Critic the changes are something “we as a magazine have wanted to do for years”.

In the past Craccum editors were elected alongside the Auckland University Students’ Association (AUSA) student executive, despite the Craccum editor having no voting rights on the AUSA exec. “It is not a representative role in the same way,” said Bailley. “The editor's role is to provide a voice to students in a journalistic sense.”

AUSA will put a new system in place to create a “Craccum Administration Board” to govern the magazine, which will consist of the AUSA President and Design Officer, along with two “independent industry experts in the fields of journalism, publication and content creation”, one academic member of staff from the University “who specialises in either Media Studies or Communications” and the Editor of Craccum.

Bailley said that “we at Craccum feel being accountable to a board better protects our journalistic integrity. Until now, an editor could be removed by a no-confidence vote, so if the magazine pissed off the wrong people, it would have been possible to campaign against an editor because you didn't like how they reported something. It also gives a better opportunity for the best qualified candidate to assume the role rather than the most popular.”

Bailley said concerns over having AUSA exec members on the board were unfounded, and that hopefully the industry professionals would counter any efforts to have political recourse against the magazine if they wrote something negative about the exec. “[It’s] assuming grown adults would side with 20 year olds that have no experience with journalism,” she said.

“I would be surprised if the exec thought enough of Craccum to actually interfere.”

AUSA did not respond to our request for comment on whether having a politician sit on the board of a media body that holds that politician to account is unethical.