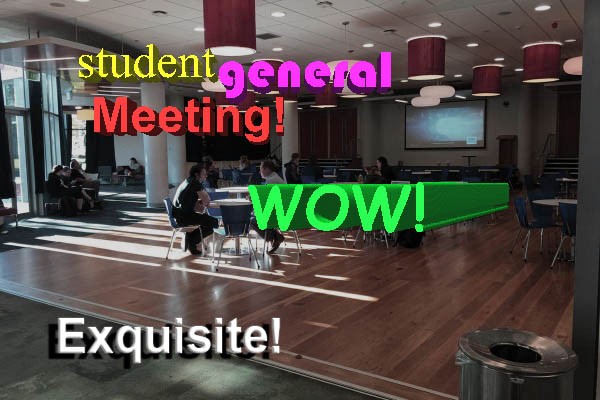 Student General Meeting Cracking Up To Be Slightly Interesting

Is Vape Nation on the horizon?

Last week, Critic speculated what the second floor of the University Book Shop could be developed into now that it is owned by OUSA. This week, someone has answered our prayers.

This Wednesday, 17 April, at midday in the Main Common Room, students will be able to vote on whether or not they want to vote for what goes in the UBS building. Sound convoluted? Slightly. But what this means is that instead of OUSA turning the second floor of the UBS into something sensible and possibly profitable, students may be able to get a say in what that will look like.

Erin Gourley (someone who is totally not Critic affiliated, we aren’t secretly behind this, no sir) is leading the charge, and has proposed the motion with the careful stipulation that students should also be able to suggest alternative uses for the building, and not just vote on whatever boring things OUSA wants.

Another student-proposed motion, also totally not proposed by anyone associated in any shape or form with Critic, is whether or not OUSA should lobby the University to turn the Main Common Room into a room that is more welcoming for students. Proposer, Sinead Gill, absolutely not a Critic staff member, has suggested couches and beanbags. Whether or not this is important enough for OUSA to spend their time on will most likely be determined by how numb your butt feels after 30 minutes of sitting on those blue chairs at the Student General Meeting.

Whether or not these will pass is up to the majority of however many students turn up. So if either of those seem like particularly good (or bad) ideas, then you should go to the SGM at 12:30pm on Wednesday 17 April. Critic will be there, although of course none of our staff members would dream of proposing motions.