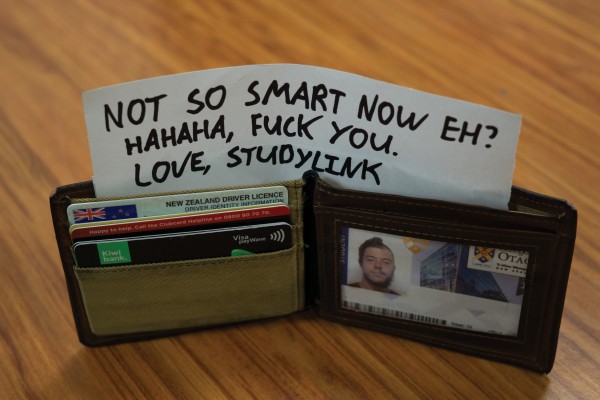 Opinion: You Should Give a Fuck about Post Grads Getting Student Allowance

Being a postgraduate student isn’t easy. The workload is challenging and, to add to the stress, postgraduates aren’t entitled to Student Allowance. This lack of financial security hurts us. I know some real horror stories of postgrads who have had to face challenging and damaging mental health issues. I’m not saying that receiving the Student Allowance would solve everything, but it would be a damn good start.

The Student Allowance is part of the student loan scheme which domestic students are entitled to receive if they fall within certain criteria, usually to do with their parents’ income. It is a weekly allowance that doesn’t have to be paid back and makes a real difference for people who are studying. Until 2013, postgrads used to be automatically included in this definition; up until they turned 24, postgrads could benefit from being able to be financially independent and not worry about adding to their already weighty student loans.

Then, the National government put a stop to postgrads getting the Student Allowance for the contrived reason of saving money, but in doing so it cost postgrad students a lot. In the lead up to the 2017 election NZ First, Labour and the Greens all supported reinstating the Student Allowance for postgrads, but since then we have seen nothing happen. This isn’t good enough.

I have a good friend who received Student Allowance through her undergrad; she studied hard, finished in three years and was accepted into her postgrad course. Despite her circumstances not changing at all she lost her Student Allowance for no other reason than she was doing a higher level of study. She’s being financially punished for being successful and carrying on with her study.

Not having to work two jobs on top of a demanding course or not having to move home just to complete your Masters gives postgrad students independence and financial safety. For some students, doing postgrad is out of reach because they simply can’t afford to take on that extra burden; it is quite literally a barrier to education.

For the undergrads reading this who are still not sold on why should they should give a crap about postgrads, now is a good time to remind you that today’s undergrads are tomorrow’s postgrads. We are heading into a world being driven by AI and automation; we’re going to need more sophisticated approaches to how we make a dollar, and part of that is understanding the value of further education.

This Thursday 11 April, NZUSA have organised a rally on the steps of Parliament in Wellington to deliver a petition calling for the reinstatement of Student Allowance for postgraduate students. We’re going to be doing the same thing on Campus at 12:30 to remind our University and our government that we care about postgrad students and we believe they are worth it. This week you’ll most likely see me walking around gathering signatures for the petition, so sign it and come along on Thursday to make it clear that we care.