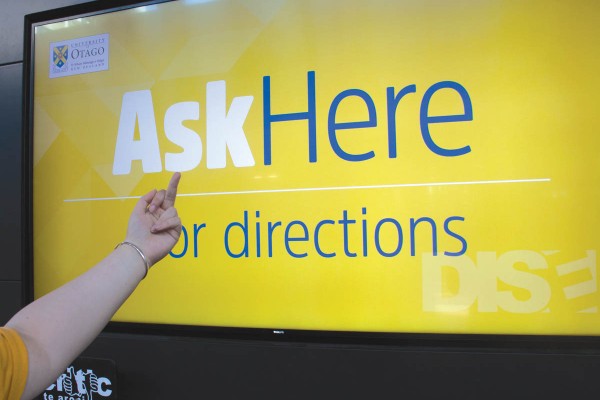 Opinion: AskOtago is a Shiny Piece of Nothing

Students have paid almost a million dollars for a Band-Aid. The new AskOtago hub looks pretty, but that’s about all it’s good for. It’s cut down our study space and replaced knowledgeable Departmental Administrators with people on casual or short-term contracts reading off a website.

Yes, the new AskOtago hub has more seats for students to wait at, more cubicles for staff to help them, and enough distance between the stations for passers-by to hunt out a study spot without bumping into people. It absolutely made the first week of semester less of a nightmare for staff, but now that that wave has crashed, it’s a huge amount of unused space for a projected $967,842. That’s over $50 for every full-time student. And that number does not even include the cost of relocating the dozens of computers in the suite that it replaced.

The biggest cost to students, however, is the reduction of study space. When AskOtago replaced the ground floor computer suite, the suite was moved upstairs, displacing bookshelves and seating. It may very well be that the book shelves were full of unread books, but it’s still a large section of valuable seating that will be sorely missed by students during exam crunch.

Functionally, the new AskOtago setup isn’t awful. More cubicles equals more people who can be seen at any one time. That is, if there’re actually more staff members in the cubicles. During O-Week it seemed like there were more staff showing you where to queue than actually helping you. It’s a nice vibe having staff walking around with tablets to ‘speed up the experience’ and the kind of maître d’-type staff member who stands awkwardly in the doorway, but only if you’ll actually get helped in the end.

But what happens once students don’t need courses approved? And what about when people get the hang of AskOtago’s online chat system (which is actually a great idea), or their AskOtago database? What if the next bout of redundancies is blamed on students who don’t need to go to AskOtago in person anymore?

To me, this new AskOtago hub looks like the University’s attempt at distracting students from the fact that their support staff have been axed. They are being encouraged to flock to the Link for help instead of their Department Administrators; replacing the heart of departments with staff who are expected to know everything about everything, despite 45% of them (as of November 1) not having permanent contracts.

AskOtago is a blue and gold Band-Aid on the deep wound that is the Support Services Review. As soon as we see blood again, students will suffer, and students will probably be blamed.

*My alternative theory is that AskOtago moved so that the University had a cool new shop to sell 150-anniversary merch.