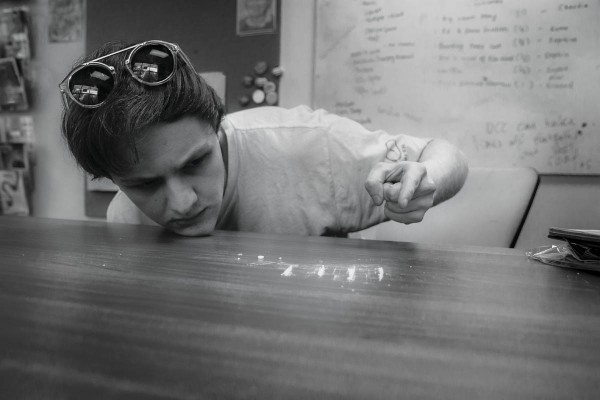 A few years ago I bought some transparent crystals off a guy in a white subaru who insisted on giving me long renditions of his encounters with the police as he rummaged through a big box of miscellaneous baggies.

He had apparently been pulled over on his way to see me, but the officer had just breathalysed him and not discovered that he had thousands of dollars worth of drugs on him, or that he was rolling, or that he didn’t have any form of driver's license. Kind of a weird brag, but ok.

He told me that the crystals were MDMA, but kept trying to push me to buy the speed he was selling for the same price. As I hadn’t quite got to the point where taking meth was something that I bound out of bed to do, I said no and left.

I was a bit suspicious about the crystals, but I took them later on that night anyway.

I did not have a good time. I had to be constantly moving; if I stopped I’d experience waves of painful dizziness. At one point I was feeling claustrophobic and left the party and went for a run up the hill in my bare feet, not feeling the pain. I spent the next two days lying in bed trying not to move. I suspect what I took wasn’t MDMA. Plot twist, the shifty guy in the white subaru was not the most trustworthy person.

My experience is at the tamest end of the spectrum. I got over it after a few days and didn’t suffer any real adverse effects. Other people are not so lucky. Over the summer five people died in Australia after they took drugs that were not what they thought they were.

Last week the Otago University Students’ Association ran a drug testing tent in the carpark of Clubs and Socs. Anyone could go and get their drugs anonymously tested for free.

This is OUSA at its best; willing to put its neck out and take risks to help the students it represents. Hopefully we see more places follow OUSA’s good example.