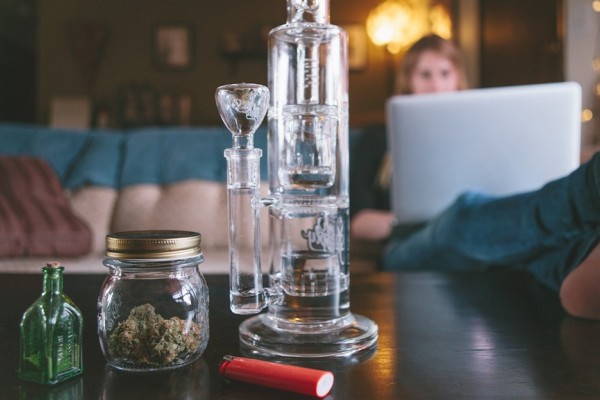 A second flat is alleging that University of Otago Proctor Dave Scott entered their home without permission while everyone was out and took their bongs. This comes soon after Critic reported that the Proctor entered a Leith Street North flat three weeks ago while no one was home and took $400 worth of bongs.

According to one flatmate, who asked to remain anonymous, the Proctor visited their Castle Street flat in June, when no one was home, to pick up rubbish in the area. While he was there, he took two bongs, which had been sitting in the lounge, around the back of the flat.

The flat is privately owned. The flatmates said the bongs were “valued at over $300 combined.”

They said that one flatmate was called into the Proctor’s office for a meeting, where he was asked “what they were and why we have them etc.,” and ultimately let off with a warning.

“As an ex cop we feel as if he should be more educated around the law of breaking and entering, especially taking items out of the flat with no permission. If we walked into his house or even his office and took something which we feel is illegal, then it would be a different outcome,” he said.

OUSA Re-Creation Officer Josh Smythe wrote in a public Facebook post that he was personally aware of at least four more flats with similar stories, though these are still unconfirmed.-

Josh is going to meet with the Proctor tomorrow to discuss the issue and ask him to sign a “Dunedin Students Code of Proctor Conduct” saying that he will not illegally enter student flats or take their legal property.

It is unacceptable that the proctor feels he has authority over and above the law. His role should be about building bridges and cooperation, not domination and control. He has not come to us as equals, shown respect, or managed this situation effectively,” he said. “We have seen a pattern of overstepping from the proctors office this year, and his suitability for the role should be called into question.

Water pipes are legal for possession and sale in New Zealand as tobacco accessories. It is illegal to use them for smoking cannabis, but police very rarely prosecute.

In response to the Leith Street North flat’s claims, a university spokeswoman said the Proctor was “comfortable with the action taken,” because the pipes had been used to smoke cannabis and were left out in plain view. They also confirmed that the bongs have since been destroyed.

“The Proctor spoke to the male occupants in the flat and made them aware of the action that was taken, with the flat occupants acknowledging the equipment had been used to smoke cannabis. The bongs all contained cannabis residue and have been disposed of.”

The university has been approached for comment on this second allegation.