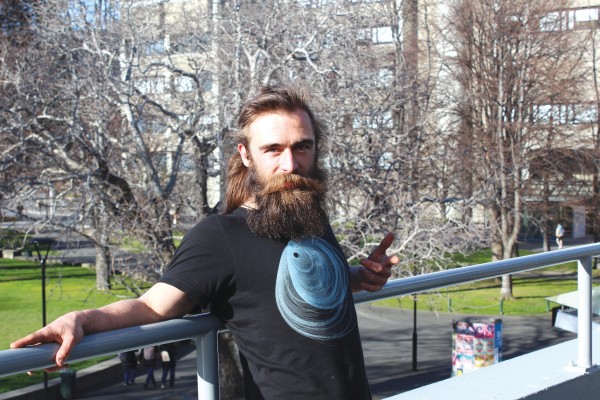 Josh Smythe, OUSA Re-Creation Officer, almost lost the ability to run for re-election in an EXTREMELY STRESSFUL emergency general meeting of the Exec after he got his application form in two hours after the deadline.

Josh thought that the cutoff for applications was 4pm Thursday, as it originally was, but the deadline had actually been pushed back to noon so that Critic could have more time to deal with the candidate blurbs (see back of magazine) before we went to print Thursday night. Josh was present in the meeting where the exec voted to change the time, including voting for the change himself, but said he forgot to put it in his day planner.

Because his application was after the deadline, Josh had to apply for an appeal in order to run in the upcoming election. The exec had already organised to have an emergency meeting on Thursday at 4pm to accept late nominations, as some advertisements had gone out which gave a wrong deadline. Josh’s was the only late application.

However, some members of the Exec wanted to decline the appeal because they thought that, because Josh was a member of the exec, he should have been aware of the change of time. Josh said he had “seen [the wrong time] in a couple places and locked it in my mind.”

Abigail Clark, Welfare Officer, said that she was against granting Josh the appeal as he was in a
privileged position as an exec member and should be subject to a higher standard. “I don’t think advertising should be taken into consideration,” she said.

Other members of the exec disagreed. James Heath, Education Officer, said, “We called the
meeting pre-emptively because we knew that it would be an issue. I think we should accept it. If it
was any other student we would.”

“Any other student would have got their shit together,” said Abigail.

Sam Smith, Finance Officer, pointed out that the late application was relatively minor, coming in only two hours after nominations closed and described the whole thing as “a little bit of miscommunication”.

Then shit started to get intense. Josh decided not to leave the room, and as a member of the exec, he had the right to vote on the motion.

“I would have abstained if it was me,” said Abigail.

The Exec then did a straw poll, where the majority of people were against granting Josh the appeal. They proceeded to a motion to decline the appeal, BUT ROGER YAN, CAMPAIGNS OFFICER, FLIPPED. He changed his vote in favour of Josh in a hair-raising move that will surely go down in OUSA history as the coolest thing the Campaigns Officer has ever done.

However, the exec had only voted not to decline the appeal, they had to have another vote to
accept it. Caitlin called for everyone in favour to raise their hands. AND ROGER DIDN’T DO ANYTHING. He sat there with his head in his hands through the votes against and the vote to abstain and did nothing. The rest of the exec told him he needed to make a decision and he eventually voted in favour of the appeal, letting Josh run in the upcoming election.