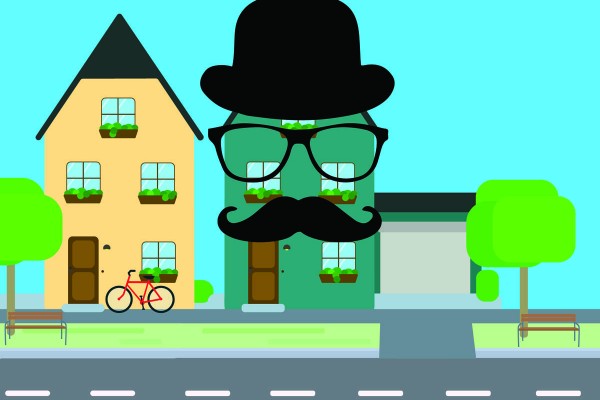 How landlords are trying to scam you into paying extra rent

It’s that time of year when it looks like most of the good flats have already been signed and those people in your hall you agreed to flat with in O-Week might not actually be your best friends for life. You might be considering throwing in the towel and moving to St Kilda, or just into a studio room. If you want to move out to South D, we won’t stop you (but we will judge you). But if you’re thinking of moving into a studio room, be on your toes.

Over the last few years, a number of Dunedin landlords have required tenants to sign illegal fixed term contracts when renting studio rooms that turned out to not actually meet legal definition of a studio room.

Many properties advertised as studio rooms could actually be boarding houses, which have very different rules. Under the Residential Tenancies Act, a boarding house has six or more rooms that individual tenants can rent and communal facilities like bathrooms and kitchens. Unlike their friends in flats or self-contained apartments, tenants in boarding houses can terminate their tenancy with only 48 hours notice, so the lucky buggers don’t have to pay rent for a fixed term.

Mary-Ann lived in a boarding house room at 49 Heriot Row under an illegal fixed term contract without realising it back in 2016. She paid rent until 31st of December that year. It wasn’t until another tenant’s claims against the landlord at the Tenancy Tribunal in 2017 that the property was ruled as a boarding house, and Mary-Ann learned she could have terminated her tenancy with 48 hours notice.

“I felt ripped off as I went back home after exams finished and could have easily not paid for those last two months. I never realised until later so never got to dispute that,” she said. Damn, Mary-Ann.

To students wanting to rent a room, Mary-Ann said, “know the definition of a boarding house and your rights as a tenants”. Mary-Ann’s flat was dirty, cold and the landlord was awful, but there had been no reviews on RateMyFlat so she didn’t get a heads up.

The Dunedin Tenancy Tribunal ruled on 13 cases related to boarding houses in 2016, many of which involved landlords illegally seeking rent from tenants who left before the end of a fixed term. At least three Tenancy Tribunal cases were related to boarding houses in 2017 and there have also been three cases already this year. In a case regarding 246 High Street, the landlord tried to remove a tenant under a section of the law that does not apply to boarding house tenancies, suggesting that they may not have been aware they were using an illegal fixed term contract.

Edinburgh Realty is still using a 12-month fixed term contract for studio rooms at 8 Pitt Street, despite a 2015 Tenancy Tribunal case ruling it as a boarding house. The property has six rooms and a communal kitchen and laundry. Despite this, a 2016 resident was informed she would need to pay rent and advertising costs for a replacement tenant if she left the flat early. When asked about this the landlord said he would speak to the owner and get back to us. He never did. It’s been two years.