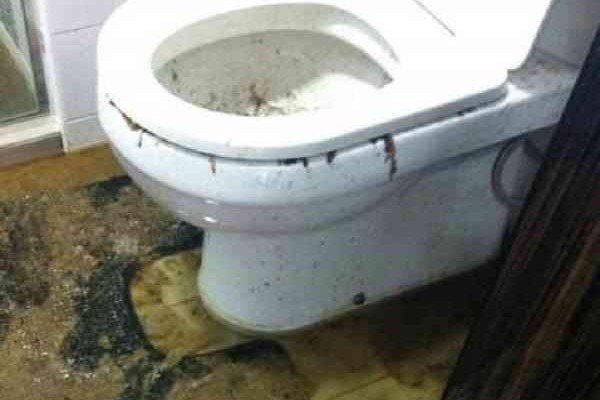 Local Good Cunts Save Students From a Shit Flat

We’ve all approached a grotty flat for a viewing and, in a wave of flat-seeking desperation, thought, it might not be that shit. To save students from themselves, the four tenants of an old corner-store flat came up with the ultimate idea: leaving notes.

Not just subtle post-it notes either, but big fuck-off A4 slabs saying “Asked the landlord to fix the sink three years ago,” “Rot Rot Rot!” and “Window is very draughty, I get super cold”.

The tenants, who asked not to be named, said that they left the notes to “provide a counter discourse” to whatever the letting agent would say to get new people in there.

When Sam, a student at Otago, approached the door to the flat with a warning sign facing out the window, “it was too late to turn around”. The letting agent then spent the next fifteen minutes embarrassed, explaining that the place was just “quirky”.

According to Sam, the agent kept saying how things “might” or “should” be getting fixed or deep cleaned, and “gave us no confidence in any changes being made”.

The property manager later apologising for the “snarky messages” left by the tenants and insisted that improvements would be made to the flat. Sam said, “I feel like ringing him up and telling him to shove it”.

The tenants recommend this tactic to anyone currently living in a shit flat who pity the poor cunts who might move in next. Real “bottom-up resistance” stuff, as one of the tenants said.

Sam said, “For all I know the tenants at that flat saved us a visit to the tenancy tribunal and ill health from below standard living conditions.”