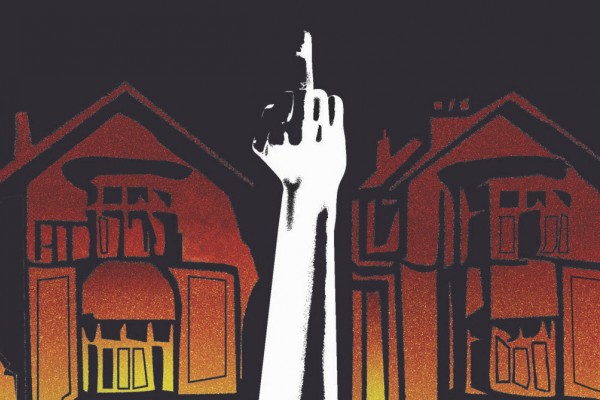 Landlord Mike Harbott, who owns several student flats in the North Dunedin area, has been ordered to pay $4,020 in exemplary damages to the residents of 9 Duke Street for failing to provide smoke alarms, lodge the bond, or provide and maintain the flat in a reasonable state of repair.

This is third Tenancy Tribunal case this year that student tenants have won against Harbott, following a $4,570 settlement with the tenants of 41 Gladstone Road, and $1,779 with 30 Warrender Street.

The Tenancy Tribunal ruled that Harbott had intentionally not lodged the bond, which is an illegal act. He cited “financial issues” as the reason he had not lodged it. Adjudicator J. Wilson wrote in the Tenancy Tribunal ruling, “While I accept that the landlord may have had financial issues this is not a reason for not lodging the bond and I am not persuaded by the suggestion that the failure was unintentional. The way in which the landlord structures his financial affairs is a matter for him, but should not impact on his obligations under the legislation. The landlord is well aware of the requirements following payment of the bond, having previously been brought to the Tribunal on the same issue”. Harbott was fined $1000 for not paying the bond, the maximum penalty.

In both the Gladstone Road case and the Warrender Street case, Harbott also did not lodge the bond in the required time.

The tenants also said that there was only one properly installed smoke alarm on the premises when they moved in. Harbott countered that the tenants had removed or tampered with the smoke alarms, providing photographic evidence, which the adjudicator said was “at best indistinct” and ruled that Harbott had committed an unlawful act. The adjudicator said, “It is difficult, given the evidence overall, to see the failure to provide and maintain the premises in a reasonable state of repair, and the failure to provide adequate smoke alarms, as anything other than intentional”. Harbott was ordered to pay $1000 for not providing smoke alarms.

The Tribunal also ruled that Harbott pay the residents $2000 for “failing to provide and maintain the premises in a reasonable state of repair; in particular the leaks in three rooms, heat pump remote, lounge skylight and outside roof leak”.

Both Mike Harbott and the residents of 9 Duke Street declined to comment, as they are due to go back to the Tribunal soon for a re-hearing.

OUSA President Caitlin Barlow-Groom said, “Talk shit get hit (by the law) I say. Landlords have been taking advantage of students for years and it is completely unacceptable. I encourage everyone to stand up for what is right and to not be afraid to ask your landlord to sort their shit out”.