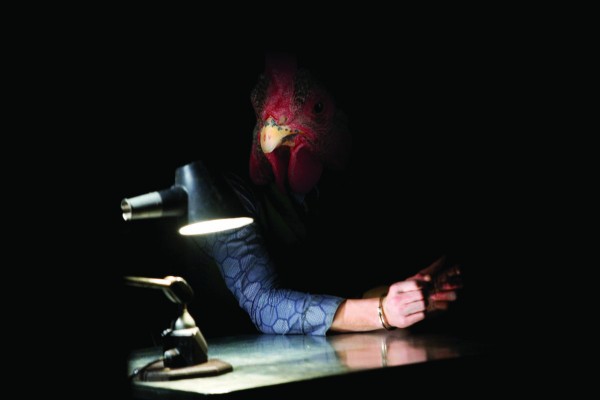 Man Flown the Coop! Critic Cracks the Case and Gets Another Feather in Its Cap

The system has failed us. The masked person who ran naked into a first year health sci lecture and released a live rooster before running out again is still at large. A university spokesperson told Critic when we asked if the Proctor’s office had caught him yet, “No. Unable to identify him”.

In a groundbreaking piece of investigative journalism, Critic managed to track down the rooster involved. After Campus Watch captured the bird, they placed it in a cardboard box. The mysterious rooster box made its way through the university bureaucracy. Despite initial claims that the rooster had found its home among university staff, Critic was able to verify that it actually found its way to OUSA Student Support, where advocate Justene Allen sent it to live with one of her friends.

So Critic did what no one else had the investigative know-how to do. We interviewed the rooster.

Critic: Can you identify the man in the mask?

Critic: Hmmm… It’s interesting you say that. Some people are accusing you of not being as innocent as you might seem. What would you say to the accusation that you were in on the whole thing?

Critic: Don’t play games with me.

So there you have it. Critic has once again busted the case wide open. You’re welcome, Campus Watch.