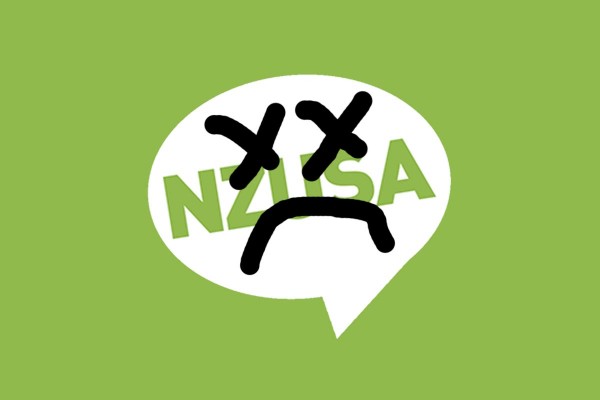 Student Associations Left Out in the Cold After NZUSA Stops Support

The University of Canterbury branch of the student sexual violence campaign Thursdays in Black (TiB) say they were left without support and several hundreds of dollars out of pocket after a sexual harassment scandal ended NZUSA’s TiB campaign.

Critic reported last week that a high-level staffer within NZUSA sent a dick pic to other staffers, which led to the suspension of a $1.4 million ACC contract to provide sexual violence training and awareness on tertiary campuses throughout NZ. 13 students were made redundant and the campaign was put on hold.

Although UCSA is not a member association of NZUSA, NZUSA promised support to the UC TiB society. This was not delivered on.

In a public statement on the sexual harassment incident in May, UC TiB said, “there has been no support for Thursdays in Black around the country or any action taken by NZUSA to end sexual violence. Ever since the end of 2017, Thursdays in Black UC has been existing due to the dedication of our volunteers and the support of both the University of Canterbury Students’ Association [UCSA] and the University of Canterbury”.

UCSA bought $700 worth of official TiB t-shirts from the Thursdays in Black Aotearoa Trade Me account, run by NZUSA, and they never arrived, so they had to lodge disputes. Neither the UCSA nor NZUSA provided more insight into whether or not this was resolved. The Trade Me account, which sold official merchandise, is now empty.

The president of the UC TiB club, Kaitlyn White, said that the NZUSA Vice President and National Women’s Rights Officer, Nikita Skipper, “promised the world to [Canterbury’s] Thursdays in Black club and failed to deliver. Promised to send all this stuff to us, come down and help us, have monthly calls. Now she ignores our emails when we asked when the badges were being sent.”

Nikita did not respond to these accusations.

James Ranstead, president of the Lincoln University Students’ Association, said that their NZUSA support was in the form of a Lincoln-designated field officer, who also assisted with their University Sexual Violence Prevention Policy draft. As NZUSA sunk further into internal despair, Sarah* – who believes that she is the field officer James is referring to – said that, “[Lincoln University Students’ Association President] was constantly trying to contact me to get us field officers out to help them with Thursdays in Black, [but] NZUSA wasn’t letting us reply. Then redundancy was confirmed."

Without the money, it appears that NZUSA is in no position to put their weight behind the few national campaigns that currently exist.

However, students haven’t given up on fighting sexual violence on campus. At least Otago, Canterbury and Lincoln are still working hard on their TiB groups with the resources they can spare.