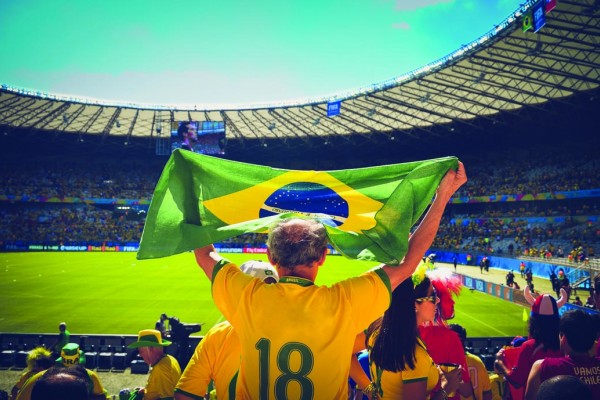 By the time of publishing, all of the English fans will finally have shut the fuck up, as football is not coming home. Harry Kane will continue to be a mouth-breathing peasant, Jordan Henderson will be back to being robbed on a daily basis in Liverpool, and Neymar will almost have finished rolling all the way home to Paris from Moscow.

1. VAR has been a fucking joke. I was all for the introduction of goal-line technology, but VAR has been a step too far in the wrong direction. It seems to give the referees an excuse for indecisiveness and/or incompetence, and it takes away from the true beauty of football – simplicity. Rugby is already being ruined by its TMOs, and VAR provides ominous signs that football is going to follow suit.

2. Neymar could be Brazil’s first duo-Olympian. This was meant to be the tournament where Neymar signaled that he was ready to take the throne from Messi and Ronaldo, but all he managed to achieve was worldwide hatred. He spent more time on the ground than he did putting the ball in the back of the net, and all he scored was an underwhelming quarterfinal exit. Mbappé the ninja-turtle’s emergence for France suggests that Neymar may well miss the boat to ever win a Ballon d’Or. He’ll be fizzing for a dip in the pool with the national diving squad, though.

3. Russia definitely held a few hostages. In all seriousness, this was one of the more impressive runs in the tournament by a host nation for some time, as the Russians played some beautiful football in the face of predictions of group stage elimination. Unlike the Koreans and Japanese in 2002, they did it free of corruption (but watch this space).

4. Belgium and France show the future. Unlike the England team of the mid 2000s, both of these nations look like they actually might make the most of their golden generation. Despite being a piss-poor manager with Everton, Roberto Martinez has really got this Belgian unit hissing like a breather on a quarter-pinger at Macky Gee, with De Bruyne pulling strings from deep, and Lukaku, the man who had to be ID’d in Under 16s football, finishing more clinically than a fresher at the Col after half a slab of Diesels. France have had the emergence of Kylian Mbappé and the chemistry of Griezmann and Pogba largely to thank for their results, and either team is thoroughly deserving of clutching the trophy (unlike Golden State, you fuckwits).

5. Luka Modric is a Ballon d’Or dark horse. Modric has done absolute bits for Croatia in the motherland, on the back of another outstanding season for Real Madrid in Spain. He’s been running the midfield like a magician, and however Croatia’s tournament ends from here, he’s been up there with Mbappé as the outstanding performer of the tournament. It’s common knowledge that the true Ballon d’Or winner is the dude who stands on the podium alongside Messi and Ronaldo, and so while Ronnie probably wins another one (fuck off, Khaled), Modric gets a bronze there to put on his phenomenal CV. How different his career would have been had he never left Tottenham, who have won absolutely fuck all since, by the way.