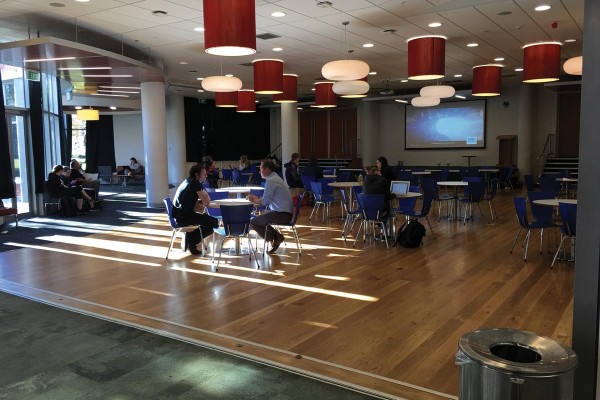 Main Common Room Could Be Revamped into Student Bar

Hopefully it gets a better name than U-Bar II

As the only late-night entertainment venue on campus, U-Bar is not up to scratch in terms of capacity, and lines of over 200 people have become a regular occurrence on Wednesday Pint Nights and during gigs.

Willis said the University Union had been tasked with “reflecting on access to regular entertainment and licenced spaces on campus. Currently this is provided by the Union Bar (U-Bar), however it is clear that U-Bar has limited physical capacity for the more popular events.”

The Main Common Room was used last month for a one-off concert by American DJ and EDM producer Jauz, which was attended by around 600 people.

“Generally, we think a venue with a much larger capacity should be seriously considered, meaning an alternative location needs to be explored. One obvious option is the Main Common Room because of its location and capacity, plus its ability to both incorporate U-Bar and the main hall for much larger events.”

The Main Common Room would need significant redevelopment before it was able to get a permanent on-license, including installing a proper bar and chiller system.

Willis says they are considering turning the common room into a standalone venue with its own facilities, or expanding it into a two-level entertainment complex that still includes U-Bar.

The Main Common Room area has been open this month on the busier “social nights” to trial how something more permanent might work.