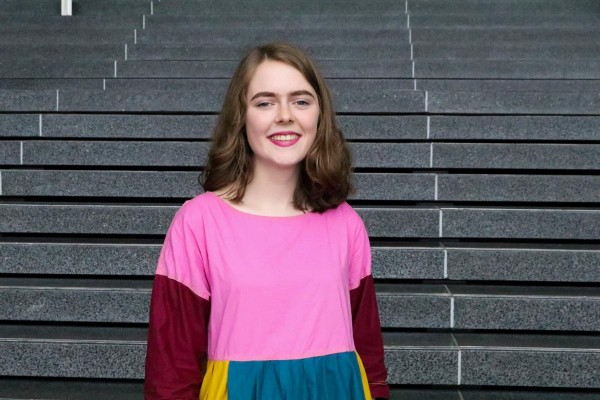 Talking About Periods Is a Very Good Thing

My friends and I recently had a conversation about periods. We discovered that one friend had been going through life with some very wack assumptions.

Firstly, he thought that people on their periods wore pads all the time like diapers. Secondly, he thought pads stuck to skin rather than underwear and had to be replaced every time people went to the toilet. He said, “the Moana Pool unisex bathrooms always have sanitary bins, so I just thought people always needed them”.

Other friends had stories of mistaken period beliefs. One friend’s uncomfortable male P.E. teacher taught her health class that “periods happen because your eggs explode”. She was pretty sure this was wrong but it was Year 10, so she wasn’t about to put her hand up and correct the teacher. She thinks there are men from that class walking around to this day thinking that menstruation is created by tiny egg explosions. Someone else didn’t realise until First Year Health Sci that periods and pee come out of separate holes.

Some other funny & serious myths floating around were:

While period misconceptions make for a good laugh, it’s easy to see how they arise. Things like family, culture and schooling can all impact whether you have opportunities to openly talk about menstruation. But now you’re out in the world, why not talk about it?

Even though I appreciate a good period chat now, it’s taken a while to get there. We avoided the subject at my co-ed high school, even among my female friends. It wasn’t until I lived with six girls in second year that I warmed to talking about menstruation. Now, after realising how misinformed my friend was, I almost feel obligated to talk to anyone who will listen just to make sure they’ve got the story straight.

The thing is, talking about periods and bodies in general is important. Whether it’s in the health system or with a significant other, you will benefit from being able to confidently ask questions about, and describe, how bodies work.

We encourage you to use this issue of Critic to start conversations with your friends and flatmates about menstruation and bodies. It might debunk some false assumptions you never knew you had and leave you with a better appreciation of how cool and interesting our different bodies are.