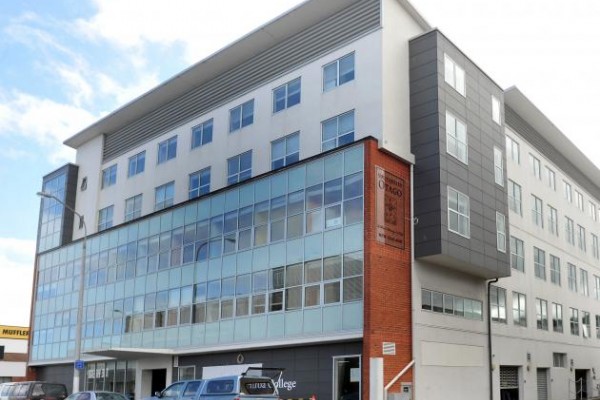 Where will all the freshers who couldn’t get into anywhere else go now?

The future of Te Rangi Hiroa College is unclear after the Government announced its building is part of the new site for the Dunedin Hospital.

Dunedin’s new hospital will be built on the Cadbury site and on the next block to the north, which currently contains a Wilson’s carpark and Te Rangi Hiroa College.

The University-owned Hall of Residence is home to 120 first-years and will keep running until more detail is known about the hospital rebuild.

University of Otago Chief Operating Officer Stephen Willis says it “will be some time” before there’s clarity on Te Rangi Hiroa’s next steps because “hospital site master planning and any subsequent property acquisition” will be a “significant process”.

He says for now “it is business as usual”. The University will “start to consider a range of options” but is committed to “the ongoing operation of Te Rangi Hiroa College in the future”.

“Current residents and their families have been informed” there will be no impact on them this year, Willis says. Te Rangi Hiroa will still accept applications for 2019.

If the building can no longer be used as a residential college, Willis says the University will look to rebuild Te Rangi Hiroa College elsewhere, retaining its identity and name.

The College is named after the University’s first Māori medical graduate, Te Rangi Hiroa. University of Otago Director of Māori development Tuari Potiki says Te Rangi Hiroa’s iwi, Ngāti Mutunga, have been informed of the hospital announcement’s potential implications for the college. Ngāti Mutunga is keen to be involved in future plans for the college.

There have been no negotiations to date with either the Crown or Ministry of Health in relation to acquisition of Te Rangi Hiroa College.