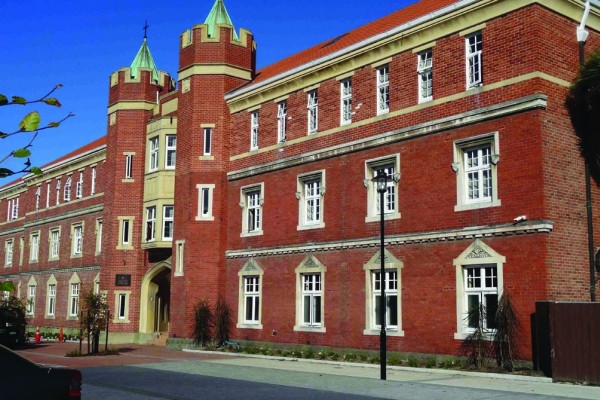 Two weeks ago Critic was walking through campus, taking pictures for the esteemed Critical Tribune, when a group of clearly blazed women accosted us with a large bottle of hand sanitiser, claiming that there was gastro around. If only we’d listened.

An outbreak of gastroenteritis (gastro) has hit almost half the residents of Selwyn College. Gastro symptoms include diarrhoea, vomiting, nausea, abdominal pain, fever and muscle pains. The disease can last between 1-3 days and spreads by ingestion of contaminated food or water, contact with contaminated surfaces and inhalation of the airborne virus.

Charlotte Brewer, a resident at Selwyn College, was one of the people who got gastro. “Having gastro was a truly horrific experience,” she told Critic. “The first night was definitely the worst for me. It all started when I was lying in bed about to fall asleep and then a wave of nausea hit me like a ton of bricks and within the space of five minutes I was running to get to the toilet (which I was sharing with my neighbour who also caught gastro at the same time). Your body shuts down and you don't even feel like a person anymore just a regurgitating machine. Some other strange gastro sensations were feeling freezing cold but simultaneously boiling hot at the same time, a throbbing headache which lasted for a few days, extreme fatigue and joint pain.”

Southern DHB medical officer of health Keith Reid told Stuff that Public Health South had introduced "appropriate measures" at the college, and that the number of cases was now reducing. "At present, we haven't seen a rise in cases outside of the university," said Reid. Charlotte said that, at the time of writing, she thought that around 70 people in Selwyn had gastro.

Measures to reduce risk include washing hands often, especially after using the bathroom and before food preparation. It is important for anyone with gastro to stay away from work, education, or childcare while they experience symptoms, and for at least 48 hours afterwards.

“The vomiting subsided after 24 hours,” said Charlotte, “but because the outbreak in Selwyn was so extensive you were quarantined in your room for 48 hours after you started feeling better. Our RAs took great care of us though; there was someone on duty 24 hours a day who could take you to hospital (if your symptoms were unbearable) or bring you a bottle of water or even just to have a chat, because you start to go mildly insane after being in isolation for 72 hours (even Netflix and YouTube cannot entertain you forever). I know of people who still have the bug, so although we are allowed to go and eat at the dining hall now and congregate in the common room, there are still signs up all around the collage and hand sanitizer dispensers everywhere you look. Overall having Gastro was NOT a fun experience. 1/10 would not recommend.”

Gastro is highly infectious and those infected shit out the virus in large quantities.

Critic would like to point out that Selwyn College was already a large quantity of shit.