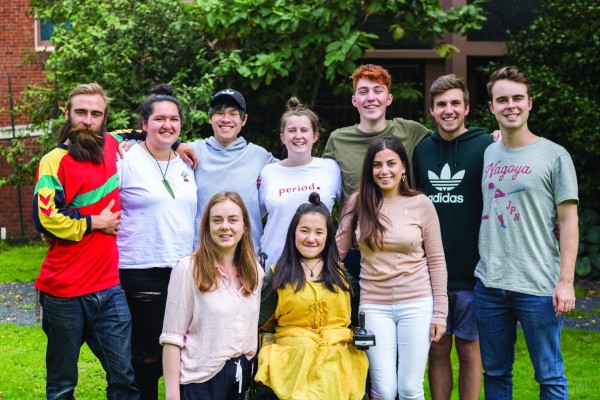 The OUSA Exec Are Making Less Than Minimum Wage. How Is That OK?

OPINION: Student Association Executives are vital for ensuring that students are represented at the university, regional and national levels. But they’re overworked and underpaid. That isn’t right.

Two weeks ago Critic reported on the resignation of two Executives of the Auckland University Students’ Association (AUSA).

Both former Welfare Vice-President Isabel Holm and Queer Rights Officer Isabella Francis were passionate about helping vulnerable students at Auckland Uni. But a combination of poor management and an unreasonable workload made them feel that they couldn’t do their roles justice. Isabel said she felt she had to be “superhuman” to do the job.

To rub salt in the wound, student representatives are barely paid. AUSA, OUSA and almost all other Student Association Executives are compensated with an honorarium.

In other words, instead of being paid regularly, Exec members get a lump sum every quarter. And for the OUSA exec, that lump sum comes out to a lot less than minimum wage. Many Exec members aren’t full-time students as they’re contributing too much time to OUSA. This means they don’t get StudyLink. OUSA Welfare Officer Abigail Clark has “to work a second job to live,” even though she’s spending around 30 hours a week on OUSA work.

You can’t really call an honorarium ‘getting paid’. It’s really meant to be a method to pay volunteers a nominal amount for their time. An honorarium is meant for people like sports coaches, or local church treasurers.

An honorarium is the wrong type of payment for Student Associations. They have defined roles and responsibilities under their portfolios which they must complete throughout the year. Not only this, but they also have set hours – at the OUSA elections they clearly advertise different positions as 10 hours, 20 hours, and full time. Yet despite working what is in essence an hourly job, they are paid below the hourly minimum wage.

You may be wondering, “why does Critic care? You guys shit on the OUSA Exec all the time?” You make a fair point.

Critic doesn’t criticise the OUSA Exec because we think they’re bad people. They’re not. Your Executive dedicates their time and energy to represent you. Critic calls out the Exec because it’s our job. They are elected representatives of the Otago student body, and governors of the multi-million dollar organisation that is OUSA. We have to hold them to account.

But, it’s also our job to raise awareness about things that are unjust around the University, such as paying the OUSA Executive next to nothing. Look, both students and Critic have far greater standing to hold the Exec to account and demand better of them if we know they’re being paid a decent amount.

Being a student representative is difficult. OUSA Presidents give up a year of their lives to head the organisation. President Caitlin Barlow-Groome receives a salary of around $30,000 a year. She is the student face of Otago Uni and faces public criticism from local and national media. Caitlin says “on average I have worked 51 hours a week over the last 5 weeks” and “every weekend bar one”. Also, Caitlin’s flatmate’s friend ate her fish, vomited it up, then snorted it. That has nothing to do with her pay, but it is gross.

Paying the Executive properly benefits everyone. Here’s how:

Obviously pushing to pay themselves more isn’t a great look for elected Student Executives, who already face criticism. That’s why it’s our jobs as students to call for our representatives to be supported so they can be better at supporting us. So here’s the deal: because OUSA has a stupidly complicated constitution, the only way for us to change it is at a Student General Meeting (SGM). There will be an SGM on 24 May 2018, at 1pm, Main Common Room, to change the honorarium system. Show up and vote for change if you give a shit.