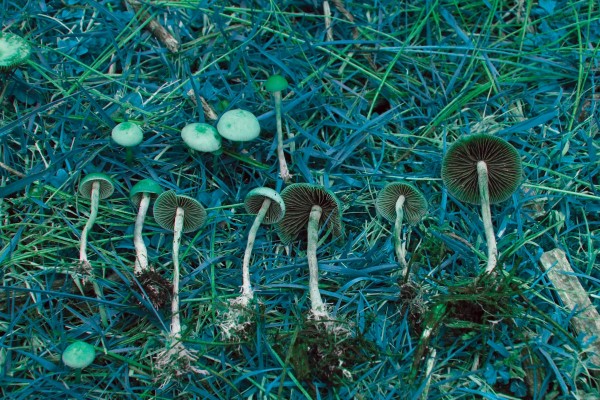 Also, button mushrooms are getting quite cheap at the supermarket.

Summer is fading away to autumn, the temperature is dropping, the puffer jackets are multiplying, and getting out of bed is harder than making cool friends. It is also the start of magic mushroom season.

Critic approached some mushroomeers to ask how the season’s shaping up. “I’m not telling you where the spots are,” said Alex, a local enthusiast. “We went looking about two weeks ago and there was nothing,”. Alex’s mushronaut group were really just “waiting for first frost”.

Shrooms normally come up after frost, or sometimes rain, particularly when followed by a clear day. “We typically start seeing some frost from around mid-late May and should extend through to September,” Facebook page Scarfie Weather told Critic, “Depends exactly where we're talking as the frequency of frosts changes a lot from area to area, but I'd say during that timeframe expect roughly one frost per week in Dunedin and near the coast/peninsula and up to three per week on average inland – like out near the airport and stuff.”

However, shrooms have been found in Dunedin recently. On an online thread in mid-April a Dunedin resident said that “It's kicking off here in Dunedin” posting a picture of “some little fellas popping up in a regular patch” to support their claims.

“Dunedin has a pretty heavy tripperscene,” Alex said, with shrooms in “high competition”. Well-known sites are often pilfered regularly, he said, and you’ve got to get there early to have much chance of success.

Bruce, a seasoned mushroonian, said “Classic morning missions happen when it's recently been quite rainy, but is a nice morning and feels like the right time – I decide then and there to go out on a hunt; I really like sunrise missions, but realistically don't make them all the time.”

“Keep an eye out for those woody mulchy areas, scan the ground; [searching] often requires a bit of a bush bash, depending on your site. They seem to really love pine specifically, so pine forests, and also native bush such as manuka. They also love the woodchips that the council uses. So check out the council gardens (any kinda public wood chippy area, e.g. Gardens New World carpark). If you don't find any right away, be persistent [and] know what you are looking for!”

For Bruce, mushrooms helped him through a “dark place”. “They certainly helped me to put things into perspectives because they allowed me to observe things through a more objective view than through the lens of my own suffering. These experiences allowed me to truly feel love in a way I never had before”.

Bruce’s advice for new mushroomites is to “respect the mushroom! It is a powerful substance. You don't want to go too deep too quickly without any prior context – such as reading about others’ experiences, knowing what you potentially are in for, and having some understanding of what you may be getting yourself into. Do NOT consume while under the influence of alcohol. Use them with intention – what do you want out of this experience, why are you taking these mushrooms? Make sure that you are tripping with people that you are incredibly comfortable with and that you can open up to if need be. Try to make sure that there will be no random visitors or drop ins. You are in for a 6-8 hour experience, onset 30 minutes to an hour, peaking at around 3-4, transitioning into a lovely come down. Make sure you don't have anything to do afterwards, except a nice sleep and some food. Trust the mushroom! Don't hold on too tightly, allow yourself to surrender to the experience and let the mushroom do its work.”

“Do your research! Stay safe! Travel well friends. If you treat these guys with respect, they will share many beautiful and wonderful things with you.”

Magic Mushrooms are a Class A drug in New Zealand, with possession carrying a maximum penalty of 6 months imprisonment and/or a $1,000 fine.

Community Alcohol and Drug Services NZ advises that “Mushrooms from the same batch vary and some are toxic. Don’t pick anything you cannot positively identify. There are very poisonous mushrooms that may be mistaken for psilocybin shrooms.”