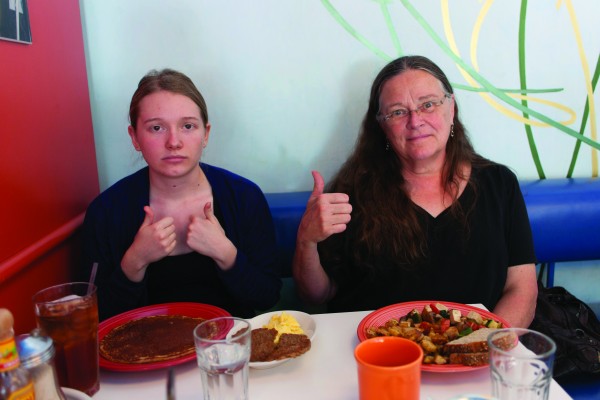 OPINION: Postgrads Need to Eat Too

As a third year student who depends on the student allowance in order to keep my miserable existence in a run-down flat (up a hill no less!), I have been anxiously watching and wondering about Labour’s 2017 election promise to reinstate the postgraduate student allowance.

Currently, honours students are entitled to the allowance, but no such luck if you are undertaking a masters or PhD. Generally speaking, most students don’t bother with a PhD unless they receive a scholarship, as the price tag for calling yourself “Doctor” is a hefty one even before you have to consider the cost of living.

Masters, however, is a reasonable additional investment, and with the increasing fear of not getting a job, undertaking postgraduate study feels almost mandatory these days (at least in some disciplines). The way I understand it, many students are now taking an honours year specifically to get the student allowance, before upgrading it into a second year of masters. But it’s so wrong that we are being forced into study options we probably wouldn’t otherwise take, just in order to stave off poverty for another year.

The student allowance for postgrads won’t be announced until May, so with any luck it will be implemented within two semesters. Labour has been promising to do this ever since the allowance was scrapped by National back in 2013, and it was also on the Green’s promise list last year. The promise wasn’t just to restore the allowance, but also to extend the time limit allocated to each student – the current allotment of student allowance doesn’t cover an entire med degree. When National got rid of the allowance back in 2013, the number of domestic students fell significantly at universities around the country.

Granted, you can get living costs. However, in a time when some students are coming to uni without paying at all, it feels cruel to have to borrow extra money on top of the fees that we are already paying, just to finish our degrees, while the government is hemorrhaging money to give first years a free year to piss around before (statistically speaking) dropping out.

1. Reinstating the postgrad student allowance, and making the final undergraduate year of tertiary education free. That way the students who are committed and truly deserve it are going to be rewarded, and the ones who fuck around at uni taking easily passable papers for a year with their mates before dropping out will not be doing so at the unnecessary expense of taxpayers.

2. Reinstate student allowance for postgrad students, and make all undergrad tertiary education free, with a student loan that is only wiped once the student has completed an entire qualification.

3. Reinstate student allowance for postgraduate students, but remove it for first years. If they are already getting their education free then surely they can take out a living costs loan for one year. Why should the established students be penalised with both study fees and living costs, while a first year gets everything free? First year has such a high drop out/non-return rate that this seems like a hell of a gamble, and forcing them to pay living costs for one year, with the promise of everything else free thereafter, could be a good way to weed out the ones who aren’t serious.

While it’s awesome that Labour want to help more people into tertiary education, they shouldn’t forget about those who are already slogging away and facing increasing financial marginalization. They should give the student allowance back to postgrad students, who have already proven they deserve it.