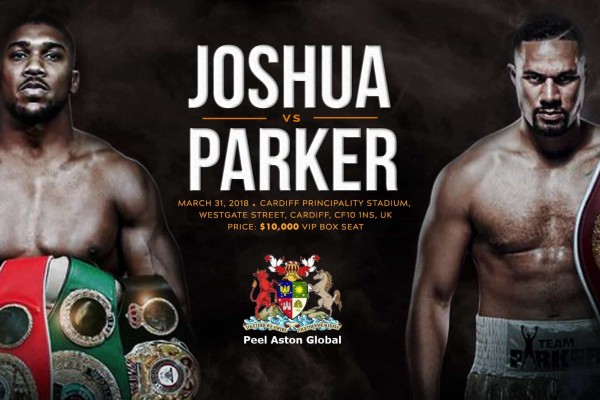 Why I Hope Joseph Parker Loses

On April 1 this year, plenty of people will be made to look like fools all over the world, but none more so than the big kiwi, Joseph Parker. He’s almost certainly going to lose to a far better opponent, and I am thrilled about that. Not because of Joseph himself, but because of his piece of shit promoters.

In the build-up to his titanic clash with British heavyweight Anthony Joshua, Duco Events, Parker’s management company, has talked copious amounts of shit, very little of which has actually been backed up by Parker’s career so far. Truth be told, I don’t have much against Joey Parker himself, but when it comes to Duco, I am untethered and my rage knows no bounds. So strap yourselves in and get prepared to come out of this with a similar hatred.

The hatred all started when they absolutely shafted the man who really put New Zealand heavyweight boxing on the map – David Tua, who they managed for 11 years. But in 2003, Tua ended his business relationship with trainer Kevin Barry and financial manager Martin Pugh.

Barry tried to play it cool and accept his dismissal as Tua’s trainer, but he then kicked up a fuss about Tua’s decision to end their contract, which still had two years to run. The following year in 2004, Tua learned through his accountant that his finances with his boxing company, Tuaman Inc. Ltd., were tangled with company expenses. This is where the stich up began, as he no longer had most of his NZ$20 million in purses from his professional bouts, and plenty of other assets that he thought were all his, such as a piece of coastal land at Pakiri, were also tangled. Tuaman Inc. Ltd had business expenses flowing in various directions, involving companies and clients Tua had no knowledge of. Tua's own home was purchased with borrowed money, and the boxer's purses were linked to renovation costs for Martin Pugh's property.

In 2005 Tua took Kevin Barry and Martin Pugh to court over their business arrangements. Barry and Pugh accused Tua of manipulating them to collect revenue, yet Tua maintained that he knew little of the men's affairs and did what they told him to do out of trust. The dispute gave both sides legal victories; over the issue of the coastal land property, the court ruled in favor of Barry and Pugh, since Tua failed to properly clarify his ownership over the land; on the issue of the terminated 2003 contract, the court ruled in Tua's favour, concluding he clearly owed no expenses to his former management from that contract.

Duco are just cunts, they fucked up their handling of the NRL Nines and now the NRL has taken it off them. David Higgins showing up fried on cocaine (probably) to the Fury vs. Parker presser.

They refused to pay kiwi boxer Robert Berridge, who was slated to fight in the undercard for Parker’s match. Duco used to represent him and then put him in far too early for a belt shot on short notice, and when he lost they dropped him and continued to fuck him over when he tried to fight on NZ cards

Joseph Parker seems like an alright dude, and he’s got a promising career ahead of him. I wish I could root for him in this fight. But Duco Events and David Higgins are just too fucking awful, and a Parker win is just going to make them bigger and cuntier.