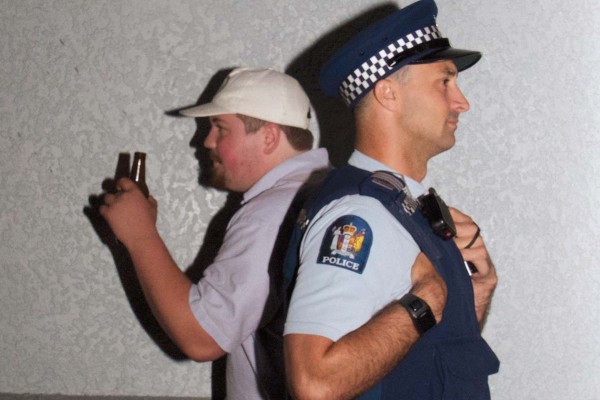 Some Law Professors Teach You How To Talk to The Police

Yelling ‘Fuck The Pigs’ and running apparently not a great idea

OUSA’s “UNI 101 2018 Guide to Student Life” advice [put together by Critic] on how to talk to the police includes the following:

“Be honest. You’ve been stopped for a reason so lying to the cops won’t do you any favours. Fess up and apologise.”

Not lying to the police is good advice. But, we have some doubts about “you’ve been stopped for a reason,” and “fess up and apologise” as general advice. Admittedly, we’re legal academics rather than practising lawyers, but we’ve talked to some real defence lawyers to confirm that our concerns aren’t just academic.

“You’ve been stopped for a reason” – well, of course that’s true, but just because someone has been stopped by the police doesn’t mean that person has actually done anything wrong. Answering police questions might convince them that you haven’t done anything wrong – but it might not, and might make it easier for them to build a case against you (even if you haven’t actually done anything illegal). Many people go through life only ever having friendly interactions with the police, even when they have done something wrong, but that’s not the case for everyone.

“Fess up and apologise” – as we’ve just said, not everyone who has been stopped by the police has done anything that they should be fessing up and apologising for. Even when someone feels they have done something wrong, fessing up and apologising is not necessarily the best thing to do, especially if things are going to get more serious legally. Fessing up and apologising might mean you just get off with a warning, for example in the case of a breach of the liquor ban. But a student is not always going to be a good judge of how much trouble they might be in, even when it comes to things that might seem minor, like weed (what if it turns out that the police think you are dealing?) or having gotten into a scuffle (what if it turns out that you’ve seriously injured someone?).

So what do we think OUSA should be advising students regarding talking to the police? Some defence lawyers will tell you to never say anything you don’t have to until you have had a chance to talk to a lawyer. We’d advise students something more like this:

If the police want to talk to you, don’t talk shit and don’t act shitty. You’re quite entitled to assert your legal rights (if you know them), but always do so calmly and politely. Getting into an argument probably won’t help you. You should know that it is generally up to you whether you provide the police with any information, and that you can talk to a lawyer before saying anything if you are suspected of committing a crime. If you do talk to the police, don’t lie. If you have done something minor and you just fess up and apologise, the consequences might be relatively minor – but they might not be, so think very carefully about anything that you do. If you’re a law student, bear in mind that the police probably know more about the law than you do.

Faculty of Law, University of Otago

Faculty of Law, University of Otago