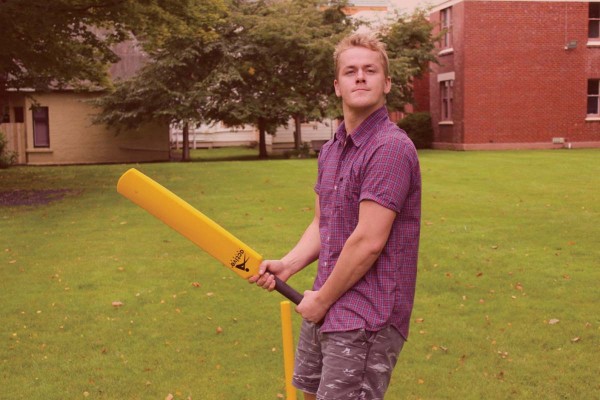 Why Cricket Is a Better Metaphor for Sex Than Baseball

The whole metaphor is fucking stupid, not just because it makes no sense, but because it puts the entire focus of sex in a context of achievement – gaining another base, with the ultimate goal of scoring by getting to home plate, getting another point you can take home and notch up on the board. It makes sex an individual sport, with no focus on your partner’s enjoyment or even consent. It’s treating your sexual partner as the other team, rather than what they are – your partner. If that’s the way you’re going about sex, not only are you a dickhead, but you’re gonna be having bad sex.

Cricket is a much better metaphor for sex than baseball.

Cricket is a game of partnerships. Batsmen/Batswomen/Batsfolk need to share the workload, rotate the strike, and play to each other’s strengths and weaknesses. A classic example was Blackcaps openers Brendon McCullum and Martin Guptill; Guppy needs a bit of time to shake the nerves and get comfortable before he started smashing sixes. BMac wasn’t as good of a batsman overall, but he was able to smash it round the park right from the get go, and that took the pressure to score runs off Guppy, and gave him time to get warmed up. I guess that’s an analogy for foreplay?

Batsfolk need to understand their partner, the field of play, and communicate with each other to maximise their own performance. Any individual performance is entirely contingent on having a partner that gets you. When Brendon McCullum became the first kiwi to ever score 300 runs in one innings, he didn’t do it alone. He batted for a marathon 774 minutes (according to a Speight’s bottle cap I found), and that was only possible because of the support of BJ Watling and Jimmy Neesham at the other end, each batting consistently for hours.

If your team is nine wickets down and your partner is agonisingly close to their century (read: orgasm), but you get out, the innings is over and there’s nothing they can do about it. It’s called “leaving them stranded” and it’s not cool.

It’s not just about getting started either, good batsfolk know the importance of constant consent. When running between the wickets they both need to know what’s going on or one of them is going to get run out. If you want to try get a run you need to wait for them to reply “yes” – because unless you’re both capable and comfortable with it, one of you is going to be too slow and get run out. In the same way, just because your sexual partner is up for one thing doesn’t mean they’re down for anything – consent, consent, consent.

A great innings is built by two batsfolk helping each other get warmed up and off the mark, by rotating the strike so both of them get a chance to shine, by letting each other know what’s working and what isn’t. It’s not about one of them scoring points off the other, it’s about the two of them working together to create something amazing.