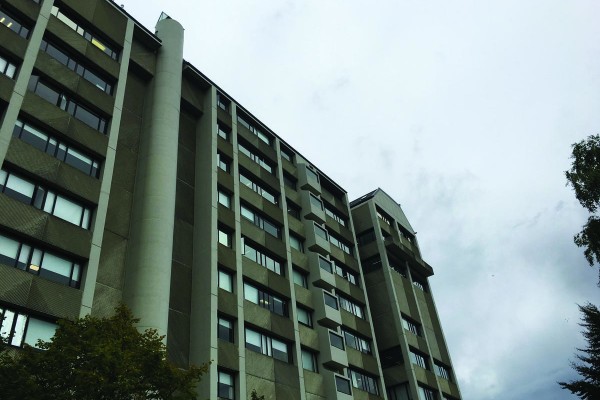 Top-tier law firm Russell McVeagh, and the law profession in general, has faced criticism after complaints from students of sexual harassment by lawyers have come to light in the past weeks.

The initial incidents reported by Newsroom occurred two years ago when two older male lawyers perpetrated sexually inappropriate behaviour toward summer interns at several functions. One incident at Wellington’s El Horno Bar warranted a complaint to police from a bystander.

Despite Human Resources being informed, it wasn’t until the Law Deans of Victoria and Canterbury Universities were made aware of the issue that Russell McVeagh agreed to re-examine its summer clerk programme and alcohol policy.

Otago Law Professor Mark Henaghan told the ODT that he was aware one of the students who made allegations was from Otago.

Further incidents have since come to light. AUT senior lecturer Khylee Quince stated that students had told her that lawyers and summer clerks had sex on a Russell McVeagh boardroom table ten years ago.

Six university law faculties, including Otago, have since cut ties with Russell McVeagh, forbidding recruitment branding or events tied to the company on their campuses. The New Zealand Law Students’ Association has also decided to cut all sponsorship ties with the firm.

Public discussion has moved beyond the specific situations at Russell McVeagh to question why the law profession’s culture repeatedly allows sexual harassment to occur. As Professor Henaghan told the ODT, “if these things happen, it obviously relates back to… a culture that enables these things.” Russell McVeagh may be taking steps to change its own culture, but “if it [sexual harassment] happens in one it could happen in others”.

A fourth year Otago law student told Critic that the exploitative culture in top-tier commercial law firms is no surprise to most students going into the profession, but “there is a lot of apathy” about it. People care, but not enough to complain because they “don’t think it will change. It’s no secret that you earn no money and are treated really badly as a grad at those firms, yet everyone still wants to work there […] those who really think it’s against their moral compass just won’t apply for those firms”. The institutions involved, both the firms and the universities, need to address and change this culture.

A spokeswoman for the University told Critic that they “hope [...] the law profession will scrutinise itself, with honesty and integrity” so that “the overall culture of the legal profession” will “not impact negatively on the wellbeing of any of Otago’s students in the future”. Those with concerns about this issue are encouraged to seek support, including “talking to the University and/or appropriate entities”.

The Society of Otago University Law Students (SOULS) told Critic that they “encourage past or present law students to contact SOULS, the University or the appropriate authorities if they have concerns about anything surrounding” the Russell McVeagh story. SOULS affirmed their committed to supporting and encouraging “our students to speak out, and be taken seriously, in whichever way they feel comfortable. The SOULS Education and Welfare representative can be contacted at welfare.soulsotago@gmail.com”.