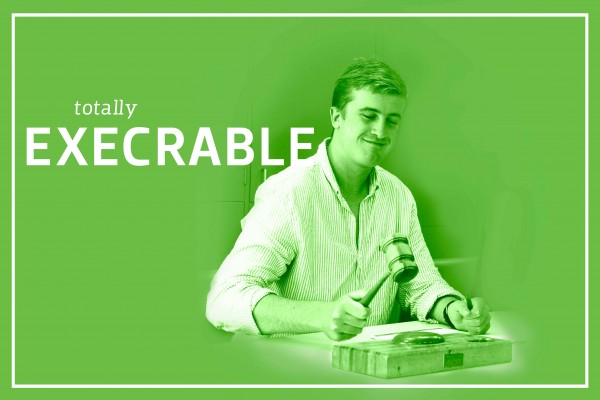 After the usual formalities of OUSA Executive meetings, the group began with a discussion around the establishment of an ‘Internship Coordinator Position’, a proposal for which describes it as a 20 hour a week, fixed term, position to begin ideally from “early next year [but] could even be second semester”, according to OUSA CEO Debbie Downs who also explained that this proposal was not a business case. Colleges Officer (and 2018 Education Officer) James Heath said that “[we] shouldn’t rush this just for the sake of it”, to which Finance Officer Cody Kirby replied “there’s no way to know if it’ll work until we’ve tried it” and that he is “happy to pass it here.” Administrative Vice President William Guy, who was chairing the meeting, had concerns because he thought the executive should “maintain direct oversight of this”, but Downs explained that there is “no need as I have direct oversight of all jobs apart from my own.” Education Officer Bryn Jenkins was adamant that “we need to trust the operational arm of OUSA” and tried to address Guy’s concerns by suggesting that this proposal could go ahead but with a “slightly formal report to exec on its progress...in six months.” A motion was passed to that effect.

Laura Cairns, who lost out on the position of Education Officer by just 3 percent in this year’s OUSA Executive election, was at the meeting to ask the executive to endorse her candidacy for the newly established position of Vice President of the New Zealand Union of Students Associations. She explained that was approached by Guy to put herself forward and was “very excited” because there is “very little representation from South Island students [in NZUSA] and “this was a great opportunity to increase that.” Jenkins immediately asked Guy if anyone else had been approached because he was cautious to avoid perceptions of OUSA bias toward anyone in particular. “In the interests of fairness”, Jenkins said, “we should encourage more students to enter.” Recreation Officer and President-elect Caitlin Barlow-Groome said “there’s no harm in posting it on Facebook.” The group decided to only endorse candidates in between the nomination deadline (3rd November) and the internal NZUSA vote to determine the successful candidates, which will take place on the 8th November.

Guy then asked the executive to consider what to do about honoraria payments if members leave Dunedin before the end of the year. He spoke about one member who had emailed association Secretary Donna Jones to ask whether they could leave Dunedin, continue in their position, but not get paid, a situation for which there is constitutional uncertainty. Guy said that exec members couldn’t “pick and choose which parts of the job they want to continue”, whereas Jenkins informed him that “discussion is pointless; constitutionally we can’t do anything.” After some further discussion on the issue, it was postponed and will be discussed again at the final quarter reporting meeting, scheduled for the 23rd November.