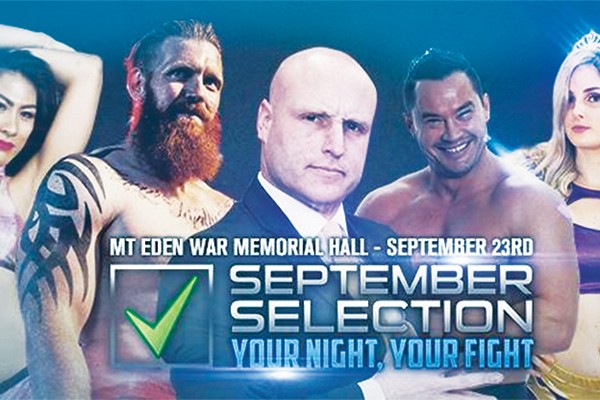 A series of fake billboards claiming to be endorsed by the Young Nats took the internet by storm this week.

Featuring slogans such as ‘Keeping the ‘Our’ in Aotearoa’, ‘Things are Fine’ and ‘It’s Probably Your Fault’, they stirred up controversy from hundreds of commenters on social media.

Former National Party MP Tau Henare was quick to accuse the opposition, saying in a tweet: “Unfortunately this has got Labour written all over it. A pretty shady group, but hey, they do play ugly”.

As it turned out, the billboards were not put up by the Young Nats, Young Labour or anyone in between, but instead a team of professional wrestlers.

Jason Burns, the man featured on the billboards, fights for ‘Impact Pro Wrestling New Zealand’ as a villain character named Mr Burns, who belongs to a wrestling collective called The Young Nats. “We’re a group of bad guy characters who satirically play out the worst of the Young Nats and the hardcore National supporters.” He said, “Our working class crowds love to boo us as an outlet for their frustration with our actual government”

He says the billboards were always intended as a joke, and that “we were quite surprised that a few people took them seriously, but it just went nuts”. The wrestling team posted an official apology saying “we never intended to fool anyone into believing our parody billboards were legitimate National Party billboards. None of our parody pro-wrestling team have ever been paid-up members of a political party or have ever received funds from any political party.”

Burns said the most interesting thing to him was just how many people were willing to believe that the National Party would actually use those slogans.

“They’ve got a major issue if people could find that slogan believable. We underestimated that.”

The billboards were put up as a promo for their ‘September Selection’ fight night, which will be held on election day. Fans will vote on who they want to see in the ring. The fans will either choose Mr Burns’ opponent for him or let him choose for himself, though he says that is “incredibly unlikely because I’m incredibly unpopular.”