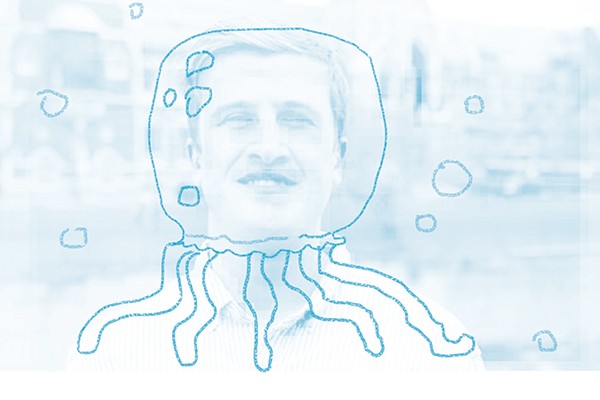 In Iron Fist, Marvel’s tone-deaf TV show about mighty-whitey kung-fu billionaire Danny Rand, Rand gives a monologue about how he came to be the Iron Fist:

“When I got to the monastery post-crash, I learned of a certain position. A powerful, important job and I wanted it … The problem was I never thought through why I wanted this job. I mistook my stubborn will for a sense of destiny or something.”

For many people, the speech summed up the biggest problem of a show that had plenty – its hero was a witless symbol of privilege and entitlement. Rand’s words could just as easily be applied to Donald Trump. Or, for that matter, to Hugh Baird.

Or to most of this year’s nominees for OUSA President.

Baird, let’s recall, ran a spectacularly opportunistic campaign for President last year, leveraging his name recognition as Critic editor and piggybacking on social causes in which he’d never shown the slightest interest, before or since. He wasn’t qualified for the role and it shows: this year he’s had the visibility and backbone of a translucent jellyfish.

This is nothing personal – Hugh’s a cool guy. But there is absolutely no doubt that he profits from the fact that whiteness and maleness are social signifiers of competence. He did nothing to earn his position besides show up and promise not to buy a food truck. (Thanks for sticking to that, by the way.)

To put it another way: of our last eight presidents, all of the white guys, and only the white guys, thought they were qualified to lead OUSA despite having no previous governance or advocacy experience. And we let them. Clearly, the bar is set lower if you have a pale dick.

This brings me to this year’s candidates. First off, who is Finn Shewell? Oh right, he’s a white guy who thinks he’s qualified to lead OUSA despite having no previous governance or advocacy experience. Shewell gets a special mention because out of the four(!) unqualified white guys running for President this year, he leads a ten-person ticket that contains just three women and is nominating white guys for four of the five most senior positions.

And while we’re on the topic, fuck tickets. Fuck them in every damn hole. Fuck “Unity” in particular. Fuck “Be Bold” as well, but fuck them to a lesser extent because they’re not trying to take over the entire Executive and they don’t seem quite so inane.

Whenever tickets have successfully colonised the Exec, their defining traits have either been secretiveness, complacency, or batshit-crazy personal recriminations. 2010’s clique privately coordinated to push through sweeping constitutional changes behind their colleagues’ backs. 2012’s and 2015’s got elected, then sat around and did nothing.

“Unity” seem to think that tickets guarantee great communication and personal cohesion. They appear to have forgotten that just last year, the “Real Change” ticket showed us the worst example of Executive infighting in decades.

I get why students decide to run on tickets. It increases their visibility, and makes it easier to juggle campaigning with coursework. But to justify tickets on this basis is purely narcissistic. How about some evidence that tickets work for the students, not just the candidates?

It’s especially bad with predominantly white tickets (i.e. nearly all of them), which tend to magnify the unfair advantage white candidates already enjoy. OUSA has a pretty terrible record when it comes to electing minorities: last year, not a single ethnic-minority candidate won a contested seat.

Please, vote for a genuinely diverse Executive, and vote for the only presidential candidate with any Executive experience (Caitlin Barlow-Groome). Please keep in mind that “No Confidence” is a legitimate option. And please Google “Fuck Yeah Lync Aronson”.