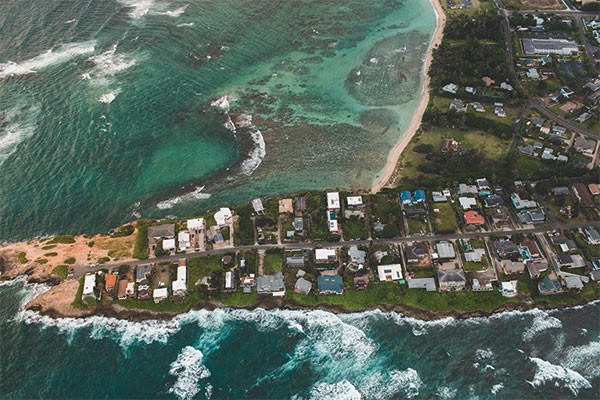 Climate experts are saying that climate change could trigger a future refugee crisis in the Pacific if New Zealand does not start a mass migration soon.

Professor in Meteorology and Climatology at the University of Otago Dr Nicolas Cullen said that the communities in the Pacific are vulnerable to sea level rise and more intense and frequent extreme weather events.

“My expectation is the Pacific will require assistance and New Zealand can play a key role in providing this support.”

President for Students for Environmental Change (SEA) Claudia Palmer said: “It is an obvious solution for Pacific Islanders to move here given our existing Pacific populations [7.4 percent].” The UN reported that 140 million people have become climate refugees over the last six years, and that by 2050 one in 30 people could be displaced.

The Internal Displacement Monitoring Centre’s global report for 2016 shows that East Asia and the Pacific made up 44 percent of the people displaced by disasters in 2015.

However, New Zealand’s 30-year-old refugee quota only allows for 750 refugees a year, and our immigration protocol, based on UN’s Convention from 1951, does not include environmental refugees or migrants in its policy.

Shawn Shen and Tony Binns say, in their research on Tuvaluan migration to New Zealand, that New Zealand needs to “carefully re-think its migration policy” as climate change has provoked “new ways of thinking about human mobility.”

Kathryn Louise Paton’s social research on Policy and Law shows that lives, money, and cultural conflicts will be saved if Pacific Islanders can voluntary migrate in their own time.

Besides extreme weather, the Pacific region is experiencing slow-onset disasters making it hard to survive.

A project on displacement by the London School of Economics (LSE) reports that erosion, droughts, coral bleaching, and salination of drinking water and crop soil are the main issues.

The increasing poverty in the Pacific makes it harder for the Islanders to protect themselves and rebuild their communities after extreme events.

The most endangered islands are Tuvalu and Kiribati, according to the UN’s Economic and Social Commission for Asia and the Pacific (ESCAP) report.

Overpopulation is also an urgent issue on these small islands. ESCAP reported that both Tuvalu and Kiribati are expected to double their population before 2050, Tuvalu going from 10,900 to 19,600 and Kiribati from 103,000 to 208,000.

The main city Funafuti populated by 6000 people in 2,4 square meters.

Shen and Binns argue that “13-15 people living in a 10 × 6 metre house” in Tuvalu is putting “pressure on the family’s food and water supply, sanitation and children’s health.” Overpopulation creates high unemployment and limits access to land, clean water, food, and waste and sanitation systems.

However, Vaasili Moelagi Jackson said to the LSE: “To take a Pacific Islander to the mainland is a sin.” The LSE reports that internal migration is more economic and many Islanders want to stay on their islands.

Paton said that the media portrays Pacific Islanders as “the victims of a pending disaster created at the hands of the industrialised world rather than as a group of resilient island communities.”

SEA president Palmer said that, “We need to stop infantilising Pacific states and start treating them as equals by including them in determining their own futures.”