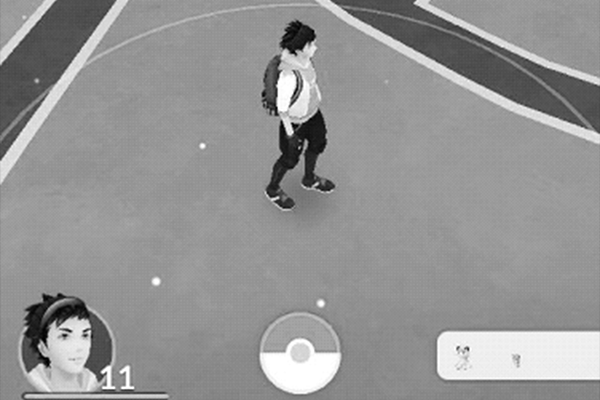 Gotta catch ‘em all” has taken on a whole new dimension with the release of Pokemon Go on July 6. Topping Apple’s app chart in mere days, the game has taken the virtual and real world by storm with users hitting the streets in search of Pokemon to catch.

New Zealand, alongside Australia and the United States, was the first in the world to experience the new “augmented reality” game, where players use iOS and Android smartphones to ‘catch ‘em all.’

The app uses geocaching to allow users to navigate the in-game map that corresponds to real physical landmarks as they capture, train and battle Pokemon. Players wait for their phones to vibrate, which indicates a nearby Pokemon, gym or Pokestop that a player must physically visit. For the uninitiated, gyms allow players to battle each other and Pokestops hold valuable supplies like Pokeballs. Using the ‘augmented reality’ function, the game superimposes Pokemon into the real world using the back camera of the smartphone. Joel, a Dunedin local, hints that there are many Pokestops to be found on the University of Otago Campus and the surrounding areas including the murals, the Robertson Library and the Botanical Gardens. He praises the sense of community that the game brings to users.

“One of my favourite things is walking around University and people have their phones out and you just know what they are doing.”

Despite initial success, the app has amassed some unintended results. Four armed youths aged 16-18 were arrested in Missouri for reportedly exploiting the apps “lure” function to draw unsuspecting players to secluded areas where they robbed them.

One Wyoming user, 19-year-old Shayla Wiggens, got more than she bargained for while hunting for Pokemon when she came across a dead body in a river. The Fremon County sheriff’s office stated that an investigation into the death was taking place but that homicide was not suspected.

New Zealand Police has issued a reminder via Facebook that users should “choose safety” when using the Pokemon Go in response to a growing number of reports of injuries sustained whilst pursuing Pokemon. One Reddit user reports he was taken to ER with a fractured metatarsal after he became too engrossed in hunting Pokemon on his phone to notice a large bank which he fell down.

The loading screen in the app also reminds players to “be alert at all times” and to “stay aware of your surroundings.”