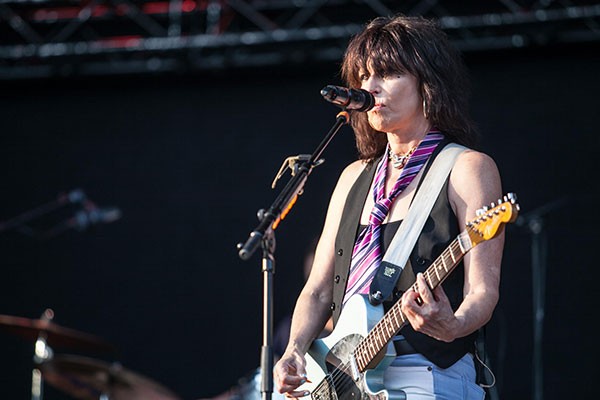 Chrissie Hynde: “Who Else’s Fault Can It Be?”

Rock singer Chrissie Hynde is under fire after claiming in a Sunday Times interview that provocatively dressed women should take responsibility if they are sexually assaulted.

The Pretenders frontliner revealed that when she was 21 years old, she was sexually assaulted by members of a motorcycle gang. Hynde said she takes full responsibility for what happened: “If I’m walking around in my underwear and I’m drunk … Who else’s fault can it be?”

Various groups have slammed Hynde’s remarks, with the director of Victim Support (UK), Lucy Hastings, telling the Guardian that victims “should not blame themselves”.

Hastings said victims will often be “targeted by predatory offenders”. Hastings said “regardless of circumstances or factors which have made them particularly vulnerable”, sexual violence victims “should never feel or be made to feel that they were responsible for the appalling crime they suffered”.

Hynde argued in her recently released autobiography that if women “don’t want to entice a rapist”, then “don’t wear high heels so you can’t run from him”.

Polly Vernon, sexual assault victim and author of Hot Feminist, condemned the comments, claiming assaults can happen to anyone.

“Sexual aggressors are going to be aggressive, regardless of who wears how little. The women of Britain could give up mini-skirts, bra tops and stilettos en masse and terrifying numbers would still be subject to sexual violence.”

Vernon added that when she was assaulted: “I was wearing second-hand Levi’s 501 jeans; a moss green oversized M&S man’s jumper over a grey marl crew neck T-shirt; Dr Martens shoes; and a denim jacket from Gap.”

“My silhouette was bulky and androgynous, as the fashions of the time dictated. I’m slightly amazed my attacker actually realised there was a woman under all that cloth,” said Vernon.

Former Runaways bassist Jackie Fuchs, who spoke earlier this year about having been raped by the Runaways’ manager, Kim Fowley, told Yahoo Music:

“If you had seen the messages that people sent me, so many of them were about ‘I’ve always thought it was my fault’ … So this [Hynde’s comments] is just telling people who’ve recently gone through this experience of being raped or abused, ‘Yeah, you’re right, it is your fault.’ But there’s no such thing as asking for it. And poor judgment is not an invitation to rape, nor an excuse for it.”

If you or someone you know has been assaulted, please get in touch with these organisations, which are there to support you.