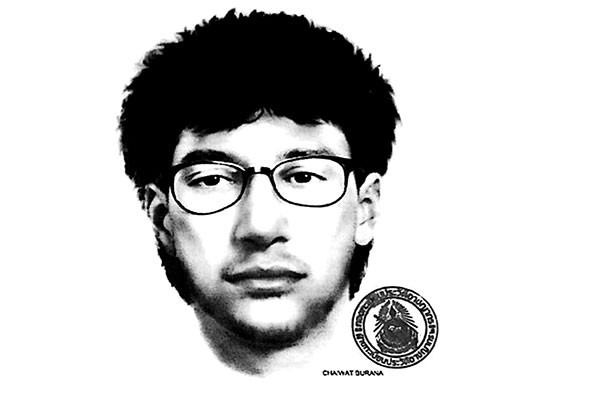 More than 20 people have been killed and over 100 injured after a bomb exploded at a Hindu shrine in central Bangkok. The bomb, which killed nine tourists, exploded on Monday 17 August at 7pm local time.

National police chief, Somyot Poompanmuang said in a press conference that the attackers purposely targeted the shrine during one of its busiest periods.

“Those who have planted this bomb are cruel … They aim to kill because everyone knows that at 7pm the shrine is crowded with Thais and foreigners. Planting a bomb here means they want to see a lot of dead people.”

Human body parts and debris littered the area, with medics still picking them up for at least two hours after the explosion.

Poompanmuang said that explosion was caused by a pipe bomb. The blast was powerful enough to send a metre-wide chunk of metal almost 50 metres away to a third-storey balcony on the opposite side of the street.

Police are looking for a man in a yellow T-shirt, spotted on surveillance footage, in relation to the bombing. Police Lieutenant General Prawut Thavornsiri has said the man “is not just the suspect. He is the bomber.”

Several images of the man have been released to the public, taken from closed-circuit video at the Erwan shrine shortly before the explosion. However, police face a major obstacle in identifying the man as up to 75 percent of the security cameras were broken along the getaway route he is believed to have taken.

However, many reports about those supposedly behind the attack have been contradictory and vague, with police saying that as many as 10 people may have been involved in the attack.

Police have acknowledged that they may never catch the perpetrators, with Poompanmuang saying that they “may have already fled the country”.

Poompanmuang said police will “need some luck” to catch those responsible, saying that if they have “good fortune, we might be able to make an arrest”.

While authorities are still unsure of the motive behind the attack, Thailand’s prime minister, Prayuth Chan-ocha, said that the suspects were believed to be from an “anti-government group based in Thailand’s northeast”.