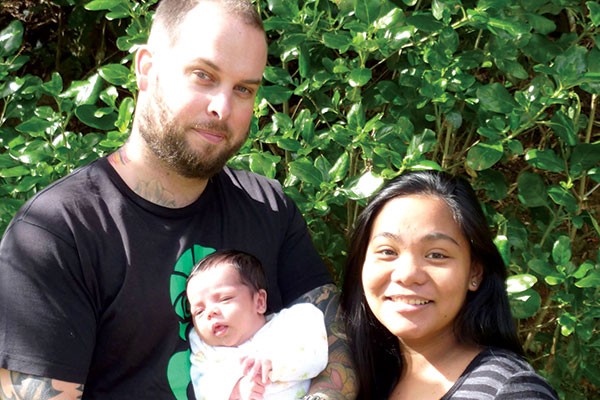 “We Don’t Know How He Is Coping,” Says Family

The Last week, Wellington man Phil Blackwood was denied pardon in Myanmar, despite 7000 other prisoners being released for a holiday amnesty.

Early this year, Blackwood was sentenced to two and a half years in prison after using an image of Buddha wearing headphones to promote drinks at his bar in Yangon. Shortly after Blackwood posted the advert on Facebook, he and two associates were jailed.

Blackwood, who is engaged with a young daughter, said he was extremely sorry for the advert and any offence it may have caused. Despite this, the judge in Blackwood’s case said he “intentionally plotted to insult religious belief”, which is illegal in Myanmar.

The man’s father, Brian Blackwood, said it is “hard for [the family] knowing that Philip was found guilty of intentionally insulting religion”.

“It was never meant to be insulting, and it definitely was not done to cause harm. Why would anyone choose to promote a restaurant or bar by intentionally insulting the religion of the clients it is trying to encourage to use the restaurant or bar?” he said.

Brian Blackwood said the family have not been able to communicate directly with their son: “We don’t know how he is coping.”

“He is not allowed to communicate with people outside the prison. He has only just been allowed paper and pens to write letters, which are censored,” he said. However, “he was strong the last time we saw him in prison some months ago, and trust he is still as stoic”.

Blackwood’s fiancee, Noemi, was set to visit him last Friday, but this was cancelled due to the mass pardons.

Three months ago, Blackwood’s parents sent a letter to the president of Myanmar pleading for their son to be pardoned. The pair have not heard back, which Brian says is disappointing. “It is hard to have your hopes raised with the news of pardons, and have them dashed again. It is hard for me, and even harder for my wife and daughter to come to terms with.”

When Blackwood was originally sentenced, he was given nothing but a wooden pallet to sleep on, a bucket of washing water and a hole in the ground. It took his family over 50 days to get their son a single blanket.

One of Blackwood’s friends has opened a givealittle account for him, which has raised just under $10,000 for his legal fees. On the page, friends and family have written to him in support.

“Phil has a heart of gold. By nature he is caring and kind. In no way did he mean any disrespect to anyone. Please let him come home, thoughts are with you Blackwood family,” wrote one donor.

“We are blessed to have a son who has touched so many hearts and has had such a positive effect on those he has encountered,” said Brian Blackwood.

Donations can be made to help Blackwood’s case at: