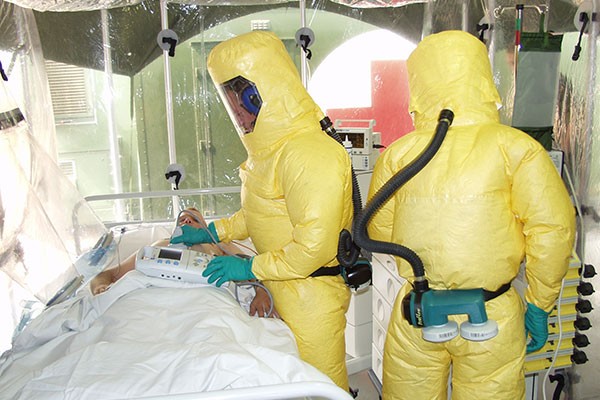 On Saturday 9 May the World Health Organisation (WHO) officially declared Liberia free of the Ebola virus. It had been forty-two days since the last Ebola victim in the West-African nation was buried.

During the year-long epidemic, there were 4769 probable, confirmed or suspected Ebola deaths in Liberia alone, according to statistics released by the WHO. This is more than in any other country in West Africa.

Symptoms of the disease include vomiting, diarrhoea, fever, rashes and bleeding. During the height of the outbreak, between 300 and 400 new cases were reported each week. No hospital beds were available for the treatment of victims anywhere in the country.

The Monday following the announcement was declared a public holiday, and across the country parades, music and dancing filled the streets. People waved banners and signs that said, “Goodbye Ebola”, “We will always overcome” and “Liberia is free”.

Despite the celebrations, officials are acknowledging that the relationship between the people of Liberia and the military (A.F.L.) desperately needs to be repaired.

During the outbreak, West Point, one of the capital city’s most densely populated slums, was placed under quarantine. The night-time burials of Ebola victims by their families, as well as violent mobs attacking and looting Ebola clinics, led President Sirleaf to announce military isolation of the area. This trapped tens of thousands of citizens in the West Point area, where the situation rapidly escalated when the military opened fire on crowds of protesters.

Sirleaf has since acknowledged that the quarantine was a mistake. In a speech at Monday’s festival, Sirleaf said the same citizens “protected us in those difficult days when the sirens were screaming and the telephones were ringing and people were dying”.

During his speech on Armed Forces Day, human rights lawyer and former Minister of Public Works Samuel Kofi Woods urged the military to mend relations with the citizens of West Point.

“The A.F.L. must return to West Point, this time armed with shovels, diggers, pens, paper, and engage in community waste management and sanitation, clean-up exercises, adult literacy, sporting activities and other initiatives aimed at restoring the broken relationship.”

The WHO noted in a press release that Ebola could still travel back to Liberia through its borders with Guinea and Sierra Leone.

Fear of the disease has resulted in vaccination programmes being suspended and locals avoiding treatment at clinics for other conditions. Health experts predict that this could have long-standing health consequences for the people of Liberia.