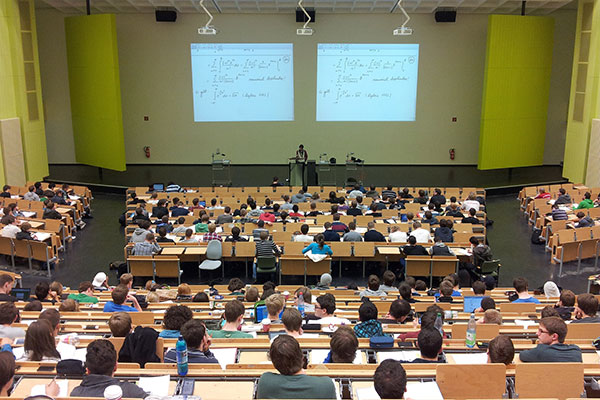 First-Year Enrolments Down 2.9 Per Cent

Where Art Thou, Freshers?

Enrolments for full-time students to the University of Otago have dropped for 2015. Figures show that total enrolments for this year are 469 fewer students, or 2.9 per cent lower, than the 2014 figure of 18,570.

Domestic first-year enrolments are down 9.2 per cent from the same period in 2014; this follows three years of first-year domestic growth of 3 per cent or more.

The University of Otago Vice Chancellor Harlene Hayne said the university attributes the domestic drop to a smaller school-leaving cohort combined with the current strong economy. “There are wider contextual factors that need to be considered,” said Hayne, “and some strong opportunities arise from the situation.”

“One key contextual factor is how Otago’s domestic enrolment situation differs, or does not differ, from that at other New Zealand universities. This is not something we yet know, but I do not expect that 2015 will have been an easy year for domestic student recruitment generally.”

“The other factor is that while our domestic first-year intake is smaller than in recent years, the calibre of that cohort — as measured by its level of attainment at NCEA Level 3 — is much higher on average. This is in part due to Otago holding firm on the new and more stringent University Entrance (UE) standard that came into force this year. Along with the increasing postgraduate cohort, this has significant implications for the positioning of Otago as a university that is unequivocally focused on the quality as opposed to the quantity of students it enrols.”

OUSA President Paul Hunt said that while the drop was “completely expected”, the decline does have negative effects for the university.

“[The decrease in enrolments] means the university has fewer fees that it has collected from students, so it does put more strain on resources and there will be a more frugal allocation of resources across the university in the short term. Whether that remains the case in the long term is yet to be seen.”