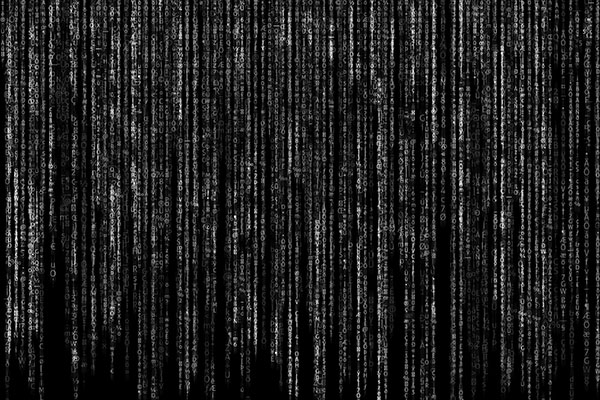 A Date with Nicky Hager

Last week, Zahra Shahtahmasebi caught up with investigative journalist, Nicky Hager. Hager is most known for his books Secrets and Lies, The Hollow Men, Seeds of Distrust and last year’s Dirty Politics. Recently, Hager has been working with computer professional and whistleblower, Edward Snowden, to reveal evidence that New Zealand has been spying on the South Pacific on a larger scale than was realised.

Critic: The election last year saw one of the worst voting numbers in history; despite the revelations that came to light [through Dirty Politics] a large number of people didn’t attempt to change the government. What do you think about that — is it just a sense of apathy, do we not care?

Hager: Apathy is the word that’s used when you’re blaming the public for the political system. You’re blaming individual by individual. Why do people not vote? Because they feel alienated from the political system. Taking my book out of the equation, what we had was an election which was, for many people, especially coming from the government and the dominant financial media position — it was a policy-free election. John Key was travelling up the country having “selfies” taken of himself and there was no policy coming out, there was just smiles. You have nothing going on, quieten it all down, hope that people don’t even know there’s an election on practically, that they’re just going to go to the supermarket that morning and won’t even notice.

People make the mistake that they think that if you have a three-yearly election that you live in a democracy and the other countries that don’t have elections aren’t democracies. But it’s not a democracy if you’re not having information and real debate, real engagement, and people feel that. They feel alienated and they feel it doesn’t matter what they say or think because the same policies keep going — they don’t get any richer and the things they care about don’t happen so they switch off. In fact, I think that the scariest thing that I have read about in many years about election strategy coming out of the US Republican party is when clever strategists figure out how to turn off sections of the public so they don’t vote — it’s a strategy in gaining their share in the election.

Critic: In the case of sending troops to Iraq, for example, should we as New Zealanders trust that Key knows what he’s doing and can make the right decisions?

Hager: Joining wars undermines New Zealand terribly and goes against a lot of our character as a nation. Foreign policy isn’t another entertainment channel on the TV, it really matters. I believe that John Key, our current prime minister, is a shrewd, effective politician, in the sense of negotiating issues and weaving his way around the political crises that come along. He’s a money man, so I don’t think it’s surprising that when he comes into the job that we learn that he sounds like a caricature of a rightwing politician who does things like “get some guts and go and join the war” because our traditional friends are there. Those are the words somebody uses when there is no subtlety in their perspective and no reading behind it.

Critic: We act like we should be spying on our neighbours as if we have the right to, yet these Pacific countries that we are spying on are supposed to be our friends. Do you think that spying is necessary?

Hager: I think that most countries in the world do not spy on other countries. It is not the normal state of the world. It is the big powers that do it to gain greater influence in the world. When you are a whole country with a population the size of a medium-sized city overseas the idea that this is a natural thing for us is sort of stretched from the beginning. The reason why we spy on the South Pacific states is not because we need or use the intelligence, it is 95 per cent because we are doing it to satisfy our place in the American intelligence alliance. We can argue as if it might be rational that we’re doing it, and say when you’ve got a micro state like Tuvalu and it’s going to go into negotiation with America over its fishing industry which might be its main resource that it can support itself with. New Zealand spies on the little country which is our supposed friend, collects the information on negotiations and gives it to the powerful American companies. Now, what is the moral position in that? What did that have to do with the security or safety of New Zealand? It just doesn’t stand up.

Critic: As well as collecting data on the South Pacific, the US by extent also collects data on New Zealanders. In your opinion, what assurance do we have that that information is safe from third-party organisations?

Hager: The way these big intelligence agencies work is they are very secretive; there are big walls around them. The GCSB, their information doesn’t tend to leak out to private companies or private investigators — it’s too secret. So we need a realistic view of what the risks are and, for New Zealanders, first of all, as far as I know, the GCSB does not spy within New Zealand, which is a very good thing and may it stay that way, but when New Zealanders go into an area which is being spied on, like the South Pacific, the main defence is that people aren’t targets. What I would say about civil liberties is that civil liberties don’t fall equally — when there’s a problem with surveillance it’s not that everyone through society discovers they’ve got problems, most people’s lives go on unchanged, but that doesn’t make it all right. There will be some sector of society which is taking the brunt of it — for example, with the war on terror and so on it’s Muslim people who are having a problem.

Critic: In parliamentary question time, John Key recently said that there is no difference between what his government is doing [when it comes to spying] and what was put in place by Helen Clark’s government. This is particularly prominent in the case of the Urewera raids. How much truth do you think there in this claim?

Hager: Well first of all, in terms of a moral argument, saying that another government did something isn’t a defence of your own actions. You have to defend your own actions on your own terms. Sometimes other governments didn’t do a good job either. In terms of surveillance interference with citizens, the GCSB has been spying on the South Pacific and catching New Zealanders in the South Pacific and the issues I was talking about for a long time. That has gone through various governments and I would criticise the Labour governments for their lack of interest and their lack of oversight and the lack of public debate about these issues more or less about the same as the National government. But when John Key said “nothing has changed under my government” that’s where he wasn’t accurate. What our stories were about [from the Snowden documents] was a massive increase in spying under his government. In other words, the story wasn’t that we’re spying on the South Pacific — that actually isn’t new news — but we’re actually spying on the South Pacific on a hugely greater scale. And so the answer that it happened under Helen Clark’s government isn’t answering what we were saying.

Critic: For those people who are keen to learn more about the Snowden revelations and are keen followers of this kind of information, can you tell us something about what’s to come?

Hager: Well, [Snowden and I] are about halfway through releasing the information. The next story that is coming out is about what New Zealand uses this system for. So, we spy on this staggering array of countries or help spy on them, as our part of the alliance, so the next story is a story about what the government decided to do with this system for its own benefits. So I’ve had access to this worldwide surveillance system where they can spy on pretty much the whole internet and the question is: What cause, what principle, and what value in the world would they use this for?
This article first appeared in Issue 6, 2015.
Posted 3:11pm Sunday 29th March 2015 by Zahra Shahtahmasebi.