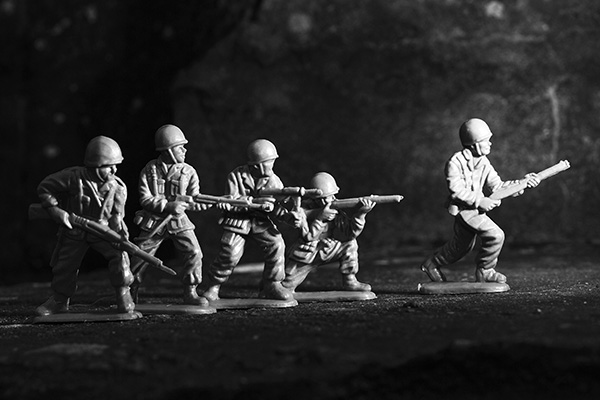 N ews this week has been dominated by Prime Minister John Key’s decision to send New Zealand troops to Iraq. The decision, coming as no surprise after months of discussion in Parliament, was finalised on Tuesday 24 February.

Key confirmed that 143 New Zealand soldiers will be sent to the region for up to two years. The mission has been described as non-combat.

Key outlined in a public statement that New Zealand military personnel would not be going to fight; instead their sole purpose would be training Iraqi troops. However, he did acknowledge that operating in a warzone does have inherent risks. According to a Firstline Report, a major risk is “green-on-blue attacks” whereby the trainees attack their trainers. Key has, however, continually highlighted that all personnel will remain “behind the wire”, meaning they will not leave the designated safe zone that they operate in.

The announcement has stirred controversy around the nation, this being increased by Key not putting the decision before Parliament. Key’s reasoning for this is evident, as two National allies, United Future and the Maori Party, have condemned the notion of sending any troops to Iraq. Left-wing parties Labour and the Greens have also publically opposed it.

Yet lack of parliamentary approval will have no bearing on the PM’s decision. As Key is able to make executive orders concerning the military. However, public opinion is his biggest enemy. Although he has stated that he believes sending troops has a strong public mandate, it seems that may not be the case. So far no poll has enlightened us on where the majority of the public stands. Whether this decision becomes a long-term political liability for John Key remains to be seen.
This article first appeared in Issue 2, 2015.
Posted 6:26pm Sunday 1st March 2015 by Henry Napier.

BEST OF THE WEEK