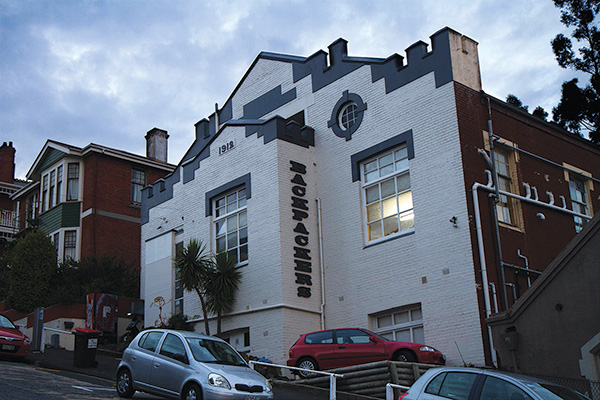 A View Street residence known as “Backpackers” has come under scrutiny from the Dunedin police and neighbouring houses, as the behaviour of its inhabitants is seen to have crossed the line. Urinating on the street, wrecking household items, blasting music and smashing bottles and windows have allegedly become regular actions of the flat’s inhabitants, causing the Dunedin City Council to consider taking extreme action.

The DCC is considering extending the central city liquor ban to View Street.

The idea was originally suggested by Cr Benson-Pope after the DCC received numerous complaints from the flat’s neighbours.

According to Dave Cull, Mayor of Dunedin, the flat has been a recurring problem over the last few years. “It’s a house with 19 people, but I don’t think there are only 19 people involved in the gatherings … there are hundreds spilling out onto the street.” According to Cull, neighbours have approached the DCC with complaints including “disorder, damage, noise, drunkenness, obscenities, you name it.”


General Manager Services and Development Simon Pickford confirmed that at a recent party, a student jumped out of an upper-storey window onto a Noise Control Officer as the officer was leaving the flat. The officer “suffered minor head, neck and shoulder injuries, but these could have been much worse,” Pickett said. “It was an extremely dangerous situation.

The council will not jump into initiating a liquor ban but will conduct a consultation to gather multiple options for action. According to Cull, other options include police action and noise abatement notices. In a noise abatement notice, continued disturbance from the flat in question can constitute a crime.

Pickford said he believes that a noise abatement notice, which would mean continued disturbance from the flat would constitute a crime, could be just as effective as a liquor ban. “The police have requested [liquor bans] in the past — particularly around large events — and they have worked well,” said Pickford. “However, bylaws of any sort are generally the last resort as they restrict people’s rights and freedoms, so it’s not something that’s done lightly.”

Pickford explained that in order to create a bylaw extending an alcohol ban, substantial evidence that alcohol has contributed to a high level of crime or disorder is needed.

“Ultimately … our preference is to encourage more responsible behaviour without the need for infringement fines and bans,” he said. “In the case of View Street we invited the tenants along to a meeting with council staff, Armourguard Noise Control contractors and police. This was a very positive meeting which hopefully will avoid the need for a regulation approach.”

However, the police favour an extension of the liquor ban, according to Pickford.

Cull believes action should be taken immediately. “We would like it to kick off as soon as possible, and come back to council as soon as [we can],” Cull said. “We are not talking about minor disturbance. We would like to see that there are solutions sooner rather than later.”

The DCC will discuss the options and decide how to proceed at its next meeting.
This article first appeared in Issue 2, 2015.
Posted 6:26pm Sunday 1st March 2015 by Emma Lodes.