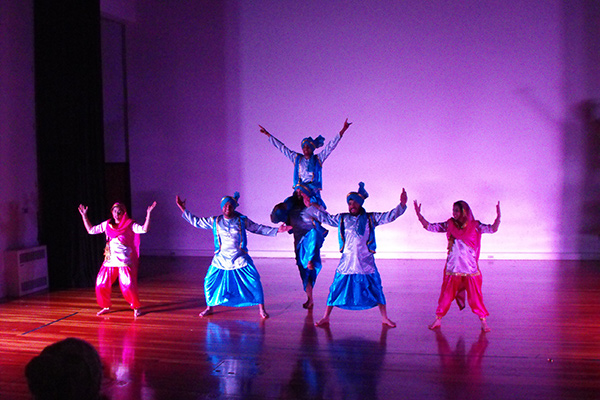 Footloose coming to a stage near you

The Otago Dance Association (ODA) is preparing for another major event in Dunedin’s dance calendar, with the annual ODA Dance Showcase scheduled for later this month.

The Black Cat Cabaret aims to showcase the variety of dance styles of its members, “from burlesque to ballet, contemporary to krump,” states ODA Vice-President Katarina Schwarz. The “dynamic dance showcase” is to be held at 7.30pm on 28 September and will see the Teachers’ College Auditorium staged to look like “a sultry jazz club,” complete with “plenty of fishnets.”

The ODA, which has been running for two years, now hosts several major events throughout the year, in the hopes of further promoting Dunedin’s dance scene. “Dunedin's cultural scene has a lot of vibrancy and depth,” says Schwarz, “but it can sometimes be difficult for students to break into that and bring their interests with them to university.”

The events include the Dance Showcase, the OUSA/ODA Dance Competition, and a Dance Video Competition. However, the core focus of ODA remains on dance lessons, which are free to ODA members and run six times a week. In addition, the ODA has provided dance classes and performances for other groups, including the Dunedin Midwinter Carnival and Otago University’s Medical Students’ Association Health and Wellbeing Week.

Earlier this year, the ODA hosted the first OUSA/ODA Dance Competition, which Schwarz believed was a “huge success,” attracting over 50 dancers to the competition. The competition included three core styles, jazz, hip-hop and contemporary, but also allowed for a more wide-ranging “open” category, which included belly dancers, tap dancers, acrobatic dancers, and an extremely memorable drag performance by the Debating Society. The Championship Award, which celebrates well-rounded performers who compete across the three core categories, was awarded to both Andrew Coshan and Anna McBride.

McBride was incredibly enthusiastic about her involvement: “It certainly felt more like a performance rather than a competition, due to the high standard of all performers, the professionalism they brought to the stage, and the enjoyment this provided for the audience.”

Schwarz believes the support from the OUSA has been invaluable in assisting the ODA to grow as a club: “We're really excited to make it bigger and better in the years to come, and also to keep working with OUSA to promote dance on campus and throughout Dunedin.” OUSA’s Clubs Development Officer also believed the event was a “big success” and that it will continue to grow in the future.

“We hope that we will be able to keep pushing the Dunedin dance scene further along, and build on the opportunities already available in a way that brings people from all over the country, and indeed the world, together in dance,” said Schwarz.
This article first appeared in Issue 24, 2014.
Posted 3:00pm Sunday 21st September 2014 by Emily Draper.