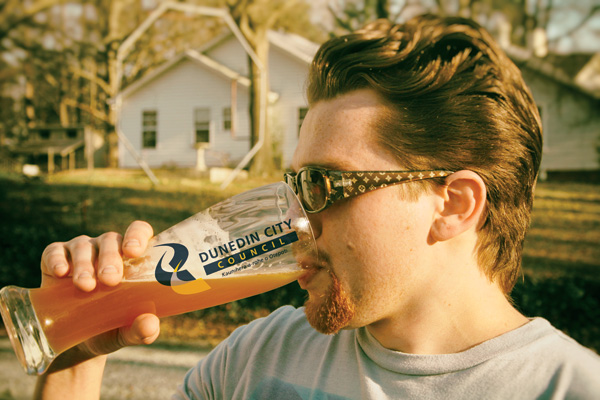 Society is not "mature enough" to have a liberal system

The Dunedin bar scene could be experiencing further changes in the near future as the Dunedin City Council considers tightening the restrictions on the sale of alcohol. The draft of a new Local Alcohol Policy (LAP) was recently released and includes a ban on drinking outside bars after 11pm, prohibiting shots to be sold after midnight, and introducing a one-way door system from 1am. The mandatory closing time for bars would also be changed to 3am, an hour earlier than it is currently.

The draft LAP was released on 13 August and the DCC is now accepting submissions from the public on the proposed changes. The introduction of the policy document states that the purpose of the changes would be “to create an enabling policy that reflects all community aspirations.” As well as cracking down on bars, the LAP proposes supermarkets and liquor stores be forbidden to sell alcohol after 10pm and further restrictions on alcohol retailers being near schools. Critic spoke with Kevin Mechen, Liquor Licensing and Projects Officer at the DCC, about why the council wants to introduce the new policy. “A report done by the Law Commission in 2010 indicated the evidence was overwhelming that the previous liberal alcohol laws were the cause of a lot of alcohol-related harm in New Zealand,” Mechen said. “In the words of the Chair of the Law Commission, society is not ‘mature enough’ to have a liberal system.”

The proposed changes have been met with outrage and OUSA have publicly vowed to oppose the policy. A Facebook event, titled “Opposition to the proposed DCC Local Alcohol Policies,” has been created by the Executive and is led by Finance Officer Paul Hunt. He describes the proposed policy changes as “draconian and counter-productive to improving safety.” As of last Wednesday the event had nearly 1,000 people “attending”, with another 2,700 invited to join the cause. Critic spoke with Hunt about why OUSA is opposing the policy change; “the proposals discourage alcohol consumption in bars and encourage alcohol consumption in less safe environments … Bars have engaging activities, supervision and legal obligations making them safer than other potential drinking environments.” Hunt believes the proposed changes will probably have unintended consequences. “The prohibition on shot sales after 12am will encourage faster alcohol consumption by those in bars before 12. Overall the proposals will result in further pre-loading before people head into bars or higher alcohol consumption in residential and public areas,” he says.

Students are also opposing the proposed policy changes. According to second-year student Anton Hovius, “the council’s proposed effort to make town and ‘our drinking’ safer do the complete opposite – it takes away safe drinking environments and overzealously assumes their efforts will stop the drinking altogether … it’s like the halls kicking students out at 9pm. It’s not going to stop them drinking, they’ll just find another, less supervised, place to get crunk.” Fifth-year student Sam Hadfield put his opinion more bluntly, saying, “Fuck personal liberties; at what point will they just ban alcohol altogether?”

However, the DCC does not believe that the new policy will have unintended consequences. “The research I have read would tend to suggest a contrary view. There may well be initial problems but experience from elsewhere indicates they soon settle down and the gains made make the changes worthwhile,” Mechen says. “We would like to see people having a good time but not at the expense of others, either other patrons, shop owners, the ratepayer and the patron themselves.”

Mechen also notes that the LAP is just a draft at this stage. “We are seeking input from the community so the resulting policy reflects their wishes. I would imagine the final LAP would not please everyone, the agencies dealing with the harms, the hospitality industry or the consumers. But it will not be too abhorrent overall.”

The DCC is consulting the public on the policy from now until 10 October, and all who feel strongly on the issue are encouraged to have their say. OUSA “wanted to inform students as early as possible” about the opportunity to submit to the council, “which is why the Facebook event was created,” Hunt says. “The consultation occurs at a time when students are particularly busy [and] it takes time for conversations to spread throughout the community.” An online submission form is available on the DCC website and submissions can also be emailed to lap@dcc.govt.nz. Hunt says, “OUSA encourages everyone to submit to ensure student voices are heard.”
This article first appeared in Issue 22, 2014.
Posted 11:52pm Sunday 7th September 2014 by Nina Harrap.