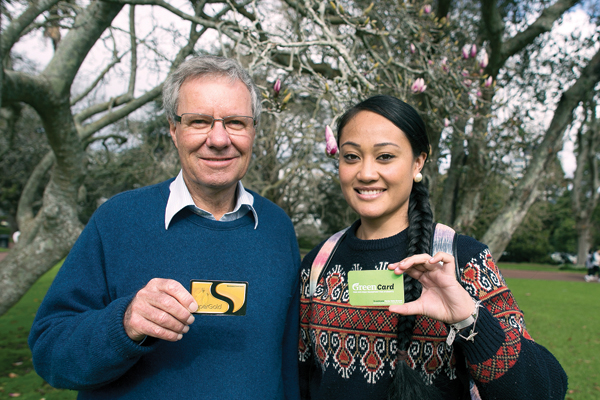 Off-peak buses may become free for all students

In a statement released on 5 August, the Green Party have vowed to provide free off-peak public transport to all students, through the introduction of a new “Green Card.” Under the policy, all students attending universities, polytechnics, wānanga, Private Training Establishments and those training through apprenticeships will be eligible for the Green Card. The scheme would benefit up to 325,000 tertiary students, as well as approximately 28,000 people training under the New Zealand Apprenticeship scheme, the Greens website states. Off-peak travel will be free between the hours of 9am and 3pm, and from 6.30pm until the end of service on weekdays. It also covers all weekends and public holidays. The scheme will cost an estimated $20–$30 million per year and “will be funded by reprioritised spending from the National Land Transport Fund,” according to the press statement.

Green Party Co-Leader Dr. Russel Norman announced that “the Green Card will reduce the cost of transport for students. It is an investment in students and education, and will help to reduce their costs of living ... Making transport affordable for those in education and training is a smart solution to the financial pressures facing students.”

The New Zealand Union of Students’ Associations (NZUSA) has welcomed the announcement, stating in a press release that “this policy would encourage students to use public transport, and public transport suppliers to provide better routes and times to suit classes. It would free up parking around campuses while making better use of buses and trains when school students are using them.” They also praised the “universality” of the scheme, saying that “Current transport subsidies for students are incredibly inconsistent, this policy covers all tertiary students, whether they be undergraduate or postgraduate, youth guarantee or in a trades academy ... This policy builds on the good work of Councils who are providing discounted or free travel for students, and the students who have argued for those provisions. It’s great that the student voice has been heard. We wish the Green Party the best of luck that they’ll be in a position to implement this policy, we pledge to help in their efforts to convince other parties of the sense of it.”

Students spoken to by Critic had mixed views on the subject. Postgraduate student Charlie Gibson described the scheme as “long overdue.”

“The Green Card is a wonderful idea ... the Green Party continues to impress by explaining exactly why essential improvements in society, which we are so often told cannot be afforded, are not only affordable but practical, sensible and long overdue.”
This article first appeared in Issue 19, 2014.
Posted 9:16pm Sunday 10th August 2014 by Nina Harrap.