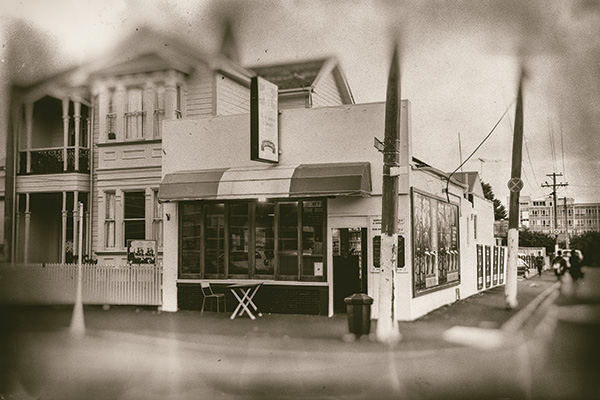 The future of another student institution is up in the air with Poppa’s Pizza on the market and the current landlord unwilling to comment on its future after the lease’s expiry. The existing lease is set to terminate in December 2016, with the current operator, Steve Munro, saying, “I’ve done my dash.”

Munro has been running Poppa’s Pizza for over 17 years and has had the business on the market for roughly the last year. “I think it’s time for a younger, fresher person to take over,” with his daughter Georgina chiming in that “he’s too old to be sitting around campus.” However, Munro has come up against problems selling the business given the uncertainty around whether the lease will be extended, considering the landlord is under no obligation to do so. “I’ve asked the landlord if they would give an extension to the existing lease and they have said no, which means I’m trying to sell [the business] with two and a half years of lease left, which makes it difficult.”

Critic understands the building is owned by the original owner/operators, who are brothers from Italy. They also own the building next door, as well as the vacant section next to it, which “has been vacant since 1992,” according to Munro. “I’ve offered to buy the whole lot at least twice. I got registered valuers in, lawyers to draw up a sale and agreement. [The landlords] ummed and ahhed and said ‘we’ve got plans.’”

Critic contacted one of the landlords, Guiseppe (Joseph) Luca, who had little to say on the lease or Poppa’s future. He said, “Our business relationships are personal and I really don’t have any further comment.” He added, “I really do not know what the final outcome will be in regards to Poppa’s Pizza in the future so [I] couldn’t say at this time.”

Munro indicated to Critic that he would love for the University to get involved, especially considering “it’s got such a wide appeal” and the goodwill surrounding the business. Critic spoke with OUSA President Ruby Sycamore-Smith who said “it’s disappointing that Poppa’s could be ending its legendary run as the best place for pizza on campus. The changing face of the University and the North End means another student institution loses its place in our community.” She added, “The awesome Orientation posters and the delicious Markollo will be sorely missed.”

The business has been advertised in the ODT for $85,000 plus GST. The business is fully licenced, A-grade and near offers will be considered.