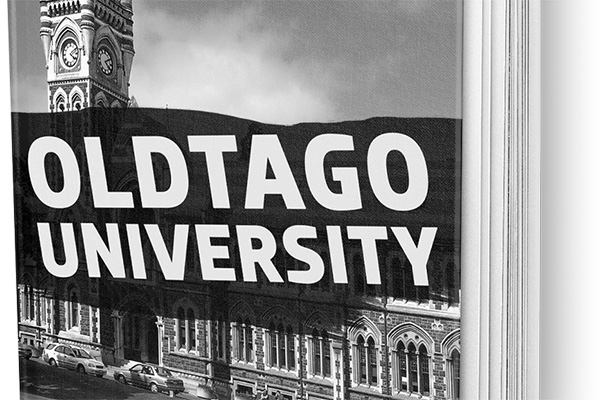 University of Otago historian and archivist Dr Ali Clarke is continuing her work of researching the University’s history, an “enormous responsibility,” after being tasked to write a book based on the first 150 years of the University, spanning from 1869 to 2019.

Dr Clarke was selected for the task by the Project Advisory Committee and said her selection was based on her extensive experience in researching and writing “readable books,” including a book on the history of Knox College in 2009. The project, which was initiated in 2013, has Dr Clarke contracted for another three years with her manuscript to be completed in 2017 so that it is published in time for the 150-year anniversary in 2019. Although the task is a huge one, Dr Clarke is working on the project part-time while she continues in her role as an archivist at the Hocken Library.

Dr Clarke describes the University as a “fascinating organisation.” She says, “Everyone has a different story and a slightly different perspective.” One of Dr Clarke’s favourite interviews has been with Otago’s oldest surviving graduate, 106-year-old Ian Chirnside. Chirnside arrived at the University in 1922, beginning work as a lowly technical assistant at the age of 14 with the Dental School. Chirnside later graduated from Dentistry in 1940. After serving in the Dental Corps in the Pacific, he returned as a lecturer in 1945 where he remained until his retirement in the 1970s.

Over the years, Dr Clarke thinks that Otago students have become a much more diverse group. “Back in the day, [the students] were a lot less diverse in ethnicity and background.” She explains that the number of Maori and Pasifika students continues to increase and that women have gone from being a small minority in the University to outnumbering men since the late 1980s. She says that there are now far more students representing a greater proportion of the community.
Dr Clarke is the only researcher to be collating this unique history of the University, and says people have been “so supportive and positive [about the project].” A similar project is also being carried out on the history of Massey University by their academics.

For the duration of the research, Clarke is also regularly updating the blog entitled University of Otago 1869-2019 - Writing a History, which can be found at otago150years.wordpress.com, where she updates readers with her most recent findings, and where she hopes readers can “help me solve a few mysteries.”