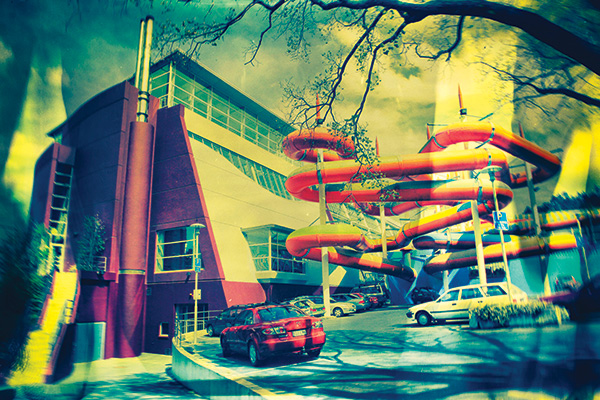 This year’s Moana Pool Student Membership Special demanded students fork out an additional $20 to verify their status as a student. The deal, which boasts a price of $320 for nine months use of the gym and pool, or $190 for sole use of pool, requires students to provide proof of identification through both student I.D and a Status Confirmation Letter.

The Status Confirmation Letter must be ordered, not unlike an official academic transcript, and requires an additional fee of $20 with a three-day window to process. It was not clear in Moana Pool’s original advertised price that these additional costs would be incurred if the membership was sought, leaving students out of pocket and frustrated with Moana Pool Admistration regarding the hidden costs.

“It’s a frustrating process,” claims irritated student Hannah Gosney, “because it’s time consuming, and your ‘cheap’ $190 pool membership, turns into a $210 one. It also seems crazy that student ID isn’t enough ... because there are no student prices apart from this deal. So if you don’t get this ‘student’ deal, you have to pay the adult price for concession cards/entry.”

When asked if they were aware of the cost and excessive lengths students must go through to obtain the Status Confirmation Letter, a Moana Pool representative stated the cost had been brought to their attention, but it was largely the University’s problem. “We have been made aware,” they said, further quipping that “if you need the explanation you really need to ask the University.”

Critic spoke to Chris Stoddart of the University of Otago’s Academic Services, who stated there is no formal relationship between Moana Pool and the University. “It seems OUSA may have asked the Pool to look at running a student deal, and the Pool were keen to do so, but only for full-time students.”

Moana Pool echoed this sentiment. “The letter has been made to prove that you’re a full time student because of less full time students, especially ones that have been doing the one course, using their I.D. cards … That’s why the letter’s been asked.”
Stoddard said Moana has “essentially independently” established “a full-time student deal, for which they require certain documentation.” He added “the University can provide a student with that documentation, but (also independently) charge a fee for that documentation.”

When asked why the cost is not advertised within the original price, or if Moana had any plans to make this explicit in the future, the Moana Pool representative pleaded ignorance and again deferred blame to the University.

The Membership offer ended on 28 March. However, Moana Pool encouraged a Community Services Card as an option for those who missed cut-off for the deal. Unfortunately, while there are casual prices for children, adults and elderly, Moana pool currently offers no student prices for a casual swim or casual gym use; something that seems absurd in a city dominated by students.